The Elementary Champion is Layton Hutchison, a 5th Grader of Shawswick Elementary. Hutchinson won in the sixth round spelling the word nosegay correctly. Nosegay is defined as a small bunch of flowers.
To hear Hutchinson win the spelling bee click on the audio link below:
href=”http://www.wbiw.com/local/assets/Spelling%20Bee%20Winner%20Day%201.mp3″>Spelling Bee Winner Day 1.mp3
Addison Colvin of Fayetteville Elementary and Kinleigh Root with Parkview Intermediate placed second and third respectively. 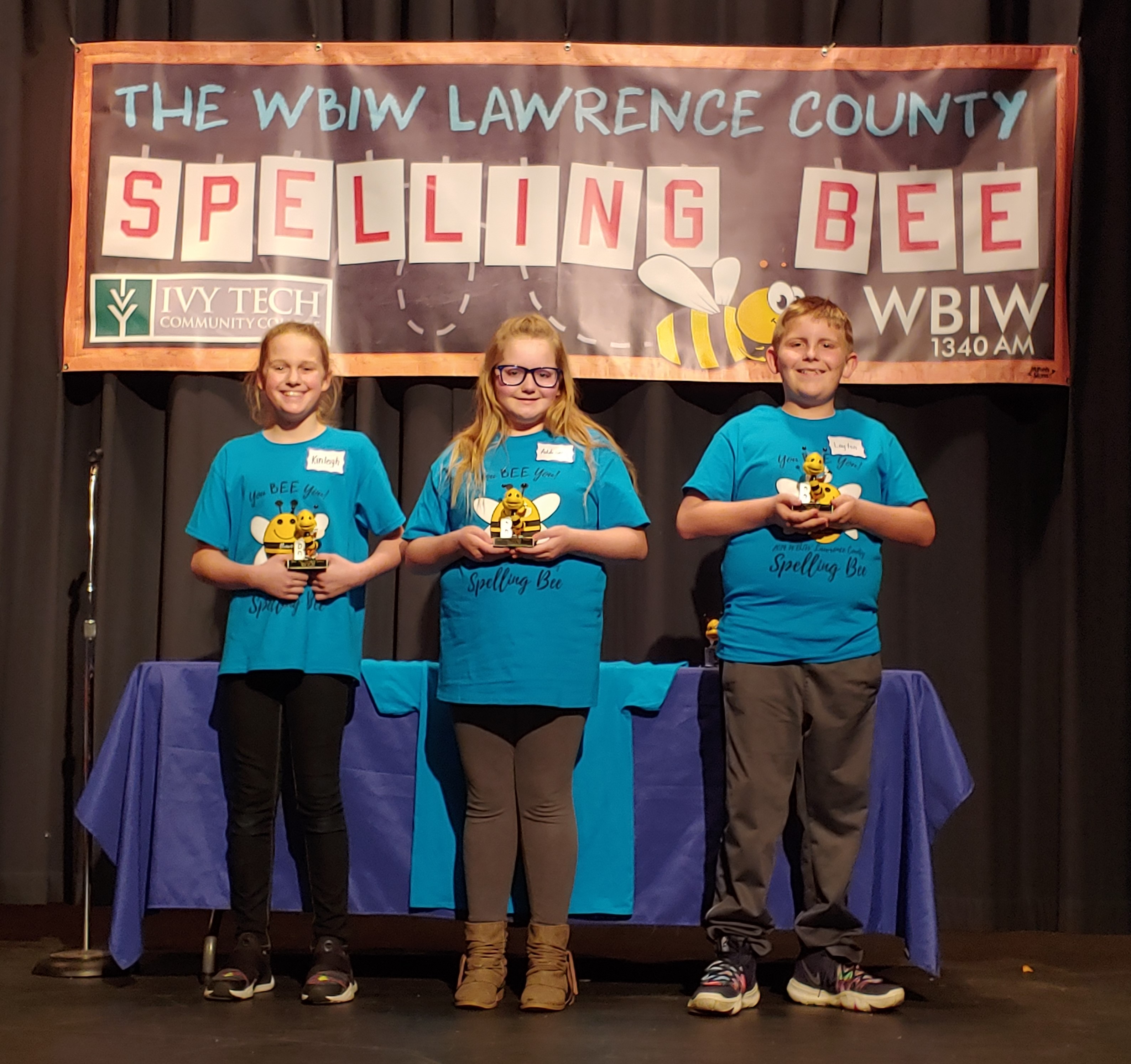 Left to right Kinleigh Root, Addison Colvin, Layton Hutchison
One of the most challenging words in the spelling bee this year was assimilation – which disqualified Paige Voigtschild, a fourth grade homeschooled student. Voigtschild placed fourth.
“Each elementary school spelling representative should be very proud of their accomplishment,” said WBIW President Holly Davis. “Each representative won their school spelling bee.”
Davis added this was the most nervous group of kids she has experienced.
“I think it was largely because this was the first year in ten years where all spelling bee representatives were new to WBIW’s Lawrence County Spelling Bee event,” she added. “This event can be very overwhelming to a student that has never been on a stage or in front of a large audience. It’s exactly why over the years WBIW has worked so hard to emulate the regional spelling bee process, in hopes to set the Spelling Champion up for success.”
Competition continues this afternoon when Hutchison will spell alongside the middle school champions for the title.
The Lawrence County Spelling Bee is open to the public and free to attend. Doors open for spectators at 4:30 p.m. You can also listen to a playback of the competition on the airwaves of 1340 WBIW or streaming online at WBIW.com at 6:30 p.m.
All participants receive a 1340 AM WBIW Spelling Bee t-shirt and a certificate. The top three contestants representing Lawrence County will also receive a bee bobble-head trophy. The overall Spelling Bee champion will receive a $100 cash prize provided by Bedford Federal Savings Bank.
The winner of this round is named the 2019 Lawrence County Spelling Bee Champion and then will have the opportunity to move on to the Kentucky Derby Festival Spelling Bee. 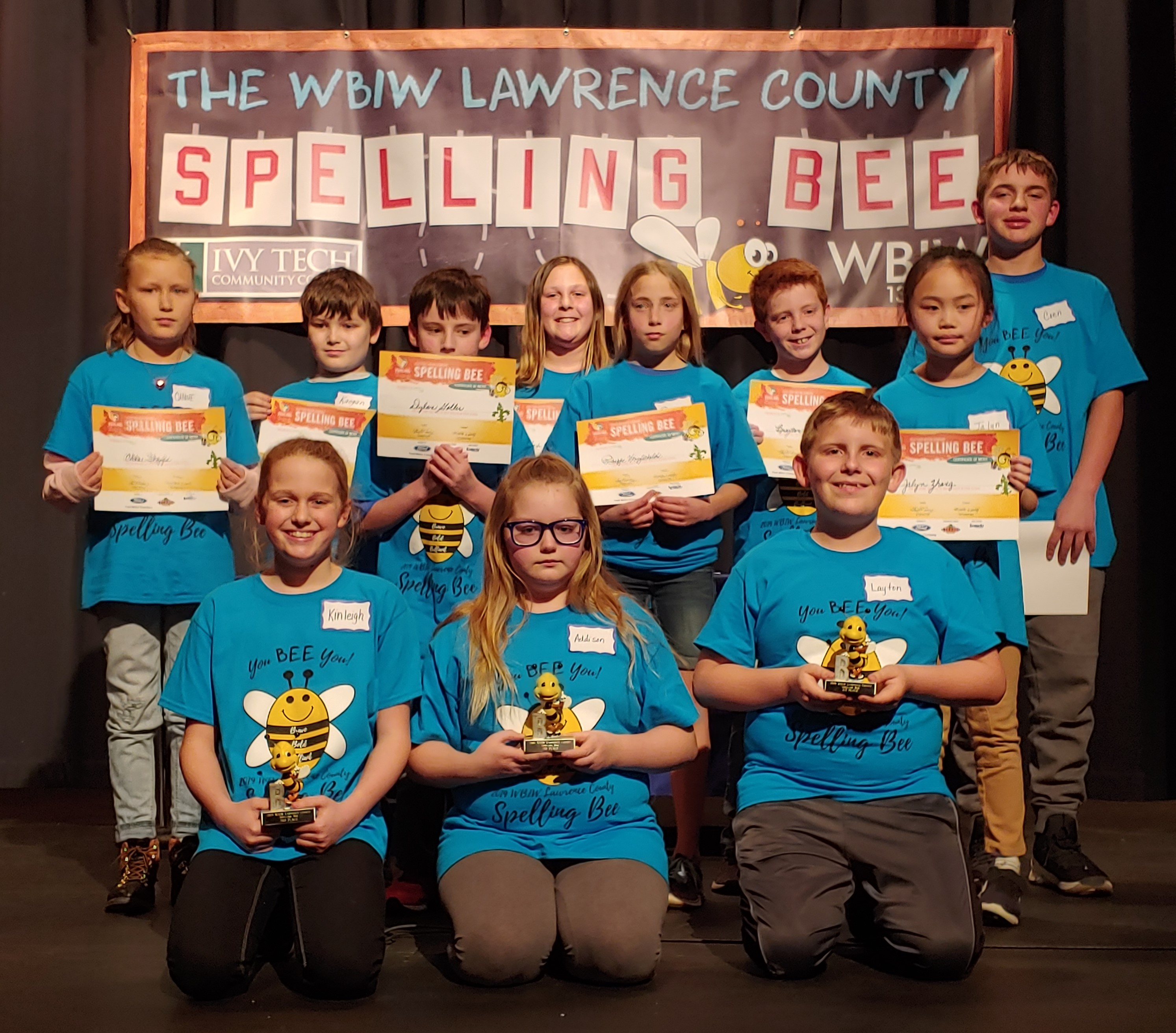 Participants in the Elementary Round: