(BLOOMINGTON) – A Bloomington man was arrested after he broke into the home of singer-songwriter John Mellencamp’s home.

Monroe County Sheriff’s deputies went to the home after a security alarm sounded around 6 a.m. Thursday morning.
When they arrived they found someone had rammed the security gate open and found a red Jeep Cherokee near the home. 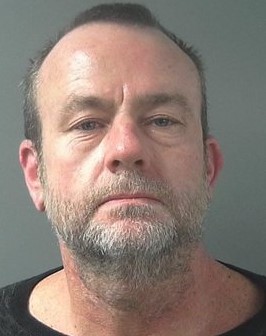 Deputies located 48-year-old Robert Carter in a building on the property.
Police say Carter told them that he was there to “arrest Mellencamp for supporting a government” which Carter doesn’t support. He admitted he kicked in the door of the home.
The home was empty at the time.
Carter was arrested on charges of burglary, residential entry, and criminal trespass.
He was arrested and released from the Monroe County Jail on Feb. 6 after a misdemeanor arrest for possessing a handgun without a license.
Police say they had been keeping an eye on him due to things he posted on social media.