An Indiana State trooper and Washington Sheriff Deputy responded to a home on Nubain Road in Salem after a woman reported she had fled the home with her children to a neighbor’s home. 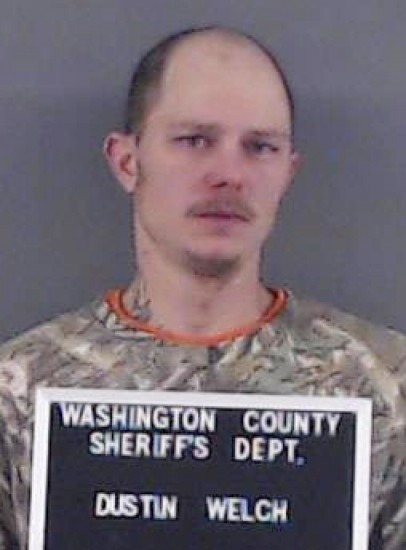 The woman told police 30-year-old Dustin Welch had grabbed her son by the neck and slammed him on the ground during an argument between her and Welch.
The woman told police Welch had been at a bar in Salem earlier when he got into a fight with another patron. An employee at the bar gave Welch a ride home and when he arrived he attempted to retrieve a gun from a gun safe.
The woman refused to open the safe, so Welch attempted to break into the safe by kicking it repeatedly.
Welch then got into a vehicle and she closed and locked the door behind him. However, Welch kicked in the front door and again tried to get into the gun safe.
As the woman and Welch argued, the boy attempted to try and calm Welch. That is when he grabbed the boy by the neck and slammed him to the ground.
The woman was able to free the boy from Welch and gathered the other children, a 10-year-old boy, and a 4-year-old female and fled to the neighbor’s house and called the police.
Police say the boy suffered visible marks on his neck and confirmed his mother’s account of what happened.
She got the boy away from Welch and corralled her children in one room before taking them all to a neighbor’s house to call the police. Whitaker saw marks on the boy’s neck and the boy confirmed his mother’s story.
Welch confirmed to police he had been in a bar fight and that he did come home to get his guns. He also admitted to pushing the boy in the stomach to make him get away.
Welch was arrested and placed in a patrol car. When he arrived at the Washington County Jail, he became aggressive and demanded to know where the boy had suffered any injuries. Welch continued to yell and use profanity.
Welch was administered a breath test and had a blood-alcohol content of 0.248 percent. He was charged with battery on a person under the age of 14-years-old.