(COLUMBUS) – A Columbus man was arrested Friday on drug possession charges, after drawing attention by swapping price tags on items in a store.

Columbus police say that they were called to the east side Walmart at about 7 p.m. after store security reported the suspicious activity. 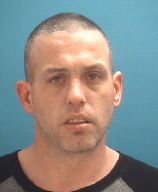