(GIBSON CO.) – A Patoka woman has agreed to plead guilty to causing the deaths of two men in a Gibson County accident on September 1. 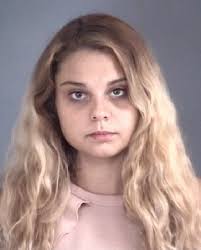 The trial of 25-year-old Ashley Sanders has been canceled and a plea hearing is set for today.
Sanders faces 4 to 24 years in prison.
She is charged with four felony counts of operating a vehicle while intoxicated causing death. Police say meth and alcohol were in her system at the time.
According to an Indiana State Police report 19-year-old Trevor Watt of Princeton was driving north on Old State Road 41 just north of Princeton preparing to turn left onto a county road when Sanders failed to notice Watt’s vehicle slowing down and hit it in the rear at a high rate of speed.
Watt and his front seat passenger, 20-year-old James Gasaway of Haubstadt, were pronounced dead at the scene.