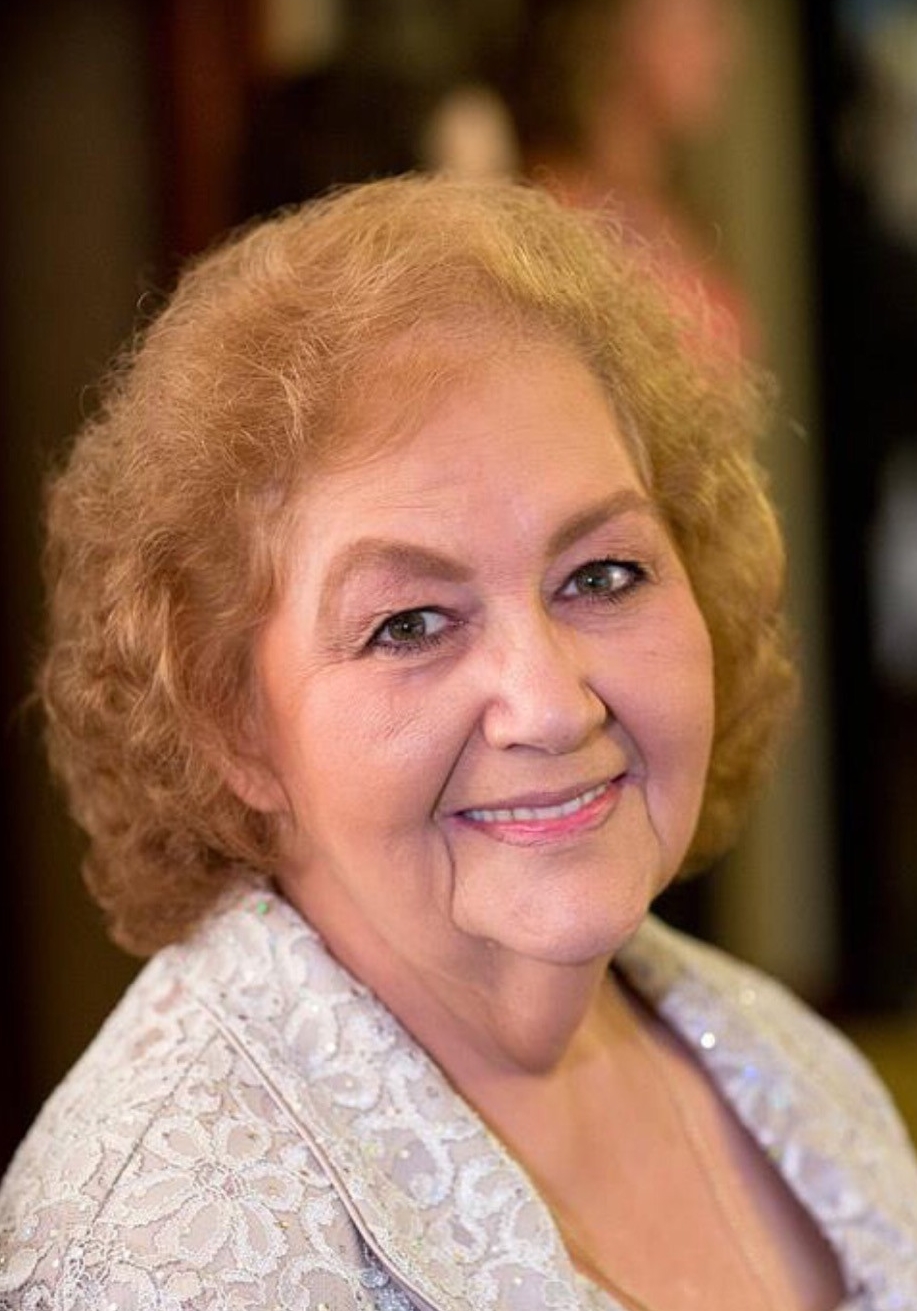 September 30, 1942 – December 27, 2018
Julia Fay Hepler, 76, of Mitchell, passed away and joined her Savior Thursday, December 27, 2018.
She was surrounded by her loved ones sharing memories and singing praises to God for the beautiful life she lived. Julia was born September 30, 1942 in Louisville, KY. She was the daughter of Joseph and Ella Lacy Osbaum. She
married Gary Hepler, Sr. on February 25, 1961. She loved life, adored her family, and worshipped her heavenly
Father. Her favorite Bible verse was, “I can do all things through Christ who strengthens me,” (Phil, 4:13). She was
a member of the Fayetteville Baptist Church.
She was blessed with a large and loving family. She bragged and boasted about them wherever she would go.
She made every single one of them feel special, loved, and adored. She was gifted with love so much love.
Julia is survived by her husband, Gary; her four adoring children, Gary Hepler, Jr. and wife, Terri, Lacye Poor and
husband, Bubba, Vicki Caldwell and husband, Dale, and Jeffrey Hepler and wife, Susan; thirty-two grandchildren; thirteen great-grandchildren; her brother, Morris Osbaum and wife, Betty, as well as many extended family members, and a host of wonderful friends.
She was preceded in death by her parents, and grandson, Brent.
The funeral service will be held at 1 p.m. on Monday, December 31st at the Fayetteville Baptist Church, 5485 State Road 158, Bedford, IN, with Pastor Kenny Waldon officiating. Burial will follow in Fayetteville Community Cemetery. Visitation will be from 10 a.m. until 1 p.m. on December 31, 2018, at the church.
Family and friends may express condolences and share in celebrating Julia’s life at www.daycarter.com.
G. Jewel (Patton) Spears – Oolitic
March 27, 1927 – December 27, 2018
G. Jewel (Patton) Spears, 91, of Oolitic, died at 4:17 p.m. on Thursday, December 27, 2018, at her
residence.
Born March 27, 1927, in Bedford, she was the daughter of Denver and Hazel (Spaulding) Sullivan. She married John (Bud) Spears on December 6, 1947, and he preceded her in death in 2009. She retired as the clerk of the town of Oolitic and had worked at Sarkes-Tarzian, Indiana Bell, Indiana Limestone, and NWSC Crane. She was a member of the Oolitic Baptist Church and had been the Oolitic Grand Marshall in 2015.
Survivors include a daughter, Kathy Spears and husband, Clay Carlisle, of Oolitic; a son, Johnny Spears, of Oolitic; grandchildren, Tyler Collins and companion, Rachel Jones, of Bedford, and D.J. and Aiden True of Bedford, Alyssa Jade Spears, of Heltonville; brothers, Jimmy Sullivan and companion, Helen, of Bedford, Reggie Sullivan, and wife, Diana, of Lafayette, IN; a sister-in-law, Doris Spears, of Marion, IN; several nieces and nephews, great and great-great-nieces and nephews; life-long friends, Dave, and Margaret Riggs.
She was preceded in death by her parents and husband.
Funeral services will be conducted at 2 p.m. on Sunday, December 30th in the Elmwood Chapel of the Day & Carter Mortuary with Rev. Richard Tallman officiating. Burial will follow in Hilltop Cemetery in Avoca. Visitation will be from 10 a.m. until the hour of service on Sunday at the Day & Carter Mortuary.
Family and friends may express condolences at www.daycarter.com.
Beverly M. Bowers Boofer – Bedford 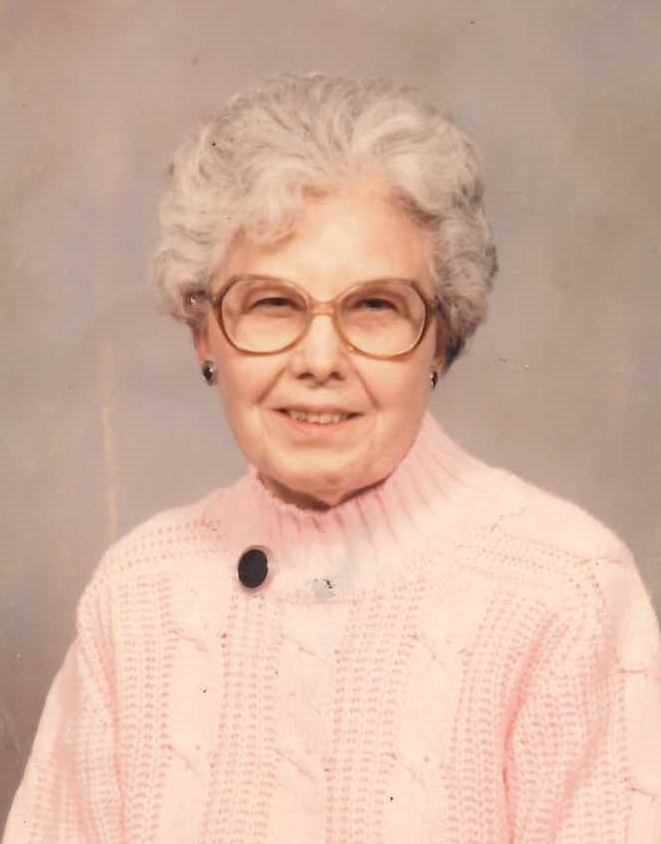 February 4, 1924 – December 28, 2018
Beverly M. Bowers Boofer, 94, of Bedford, died Friday, December 28, 2018, at Garden Villa.
Born February 4, 1924, in Martinsburg, WV, she was the daughter of Rennes and Helen (Mundorff) Bowers. She retired from IUHealth, Bedford/ Bedford Regional Medical Center as a PBX/Switchboard Operator. She was a member of the Englewood Baptist Church and a former member of the Order of the Eastern Star in Bedford. She attended art classes in Springville. She married Edward Dale Boofer and he preceded her in death on December 10, 1983.
Survivors include two daughters, Linda Lee Grissom, and husband, Thomas, of Bloomington, and Christine Pickett and husband, Greg, of Bedford; six grandchildren, Heather Dawn Fitch and husband, Greg, Kimberly Grissom Waldon and husband, Tracy, Michelle Boofer all of Bloomington, Shannon Cook and husband, Josh, of Orleans, Derrick Pickett and wife, Tiffany, of Bedford, and Holli Merritt and husband, Shayne, of Speedway; twelve great grandchildren; two sisters, Dorothy Wright and Phyllis Valentine, and a sister-in-law, Marge Bowers, all of Shippensburg, PA. She was preceded in death by her parents, her husband, a son, Micheal Boofer; a daughter, Joyce Marie Boofer; a grandson, Gregory Scott Pickett; three brothers, Richard, Rennes and Jack Bowers; a sister, Kathryn Doyle.
Funeral services will be conducted at 11 a.m.on Monday, December 31st in the Elmwood Chapel of the Day & Carter Mortuary with Pastor David Ferry officiating. Burial will follow in the Lutheran Cemetery in Brownstown. Visitation will be from 9 a.m. until the hour of service on Monday at the Day & Carter Mortuary.
Family and friends may express condolences at www.daycarter.com.
Mildred Marie McCoy – Mitchell
June 28, 1922 – December 27, 2018
Mildred Marie McCoy, 96, passed away Thursday, December 27, 2018, at Mitchell Manor.
Born June 28, 1922, in Mitchell, she was the daughter of Richard and Florence (Albertson) Little. She married Wilbur McCoy April 3, 1941, and he preceded her in death on June 17, 1990.
arie was a homemaker; enjoyed working in her flowers, and was a member of the First Christian Church.
Survivors include her grandson, Timothy Withers of New Port Richey, Florida; 3 great-grandchildren and several nieces and nephews
Her parents; husband; daughter, Margaret Withers; and siblings, Bessie Murr, Mary Phillips, Ed Little, John Robert “Johnny Bob” Little, Dora Hamilton, and Walter Little, preceded her in death.
Funeral service will be at 3 p.m. Monday, December 31, at Chastain Funeral Home & Cremation Center with Brother Jim Russell officiating. Burial will be in Mitchell Cemetery. Friends may call from 1 p.m. until the service on Monday at the funeral home.
Condolences may be sent to the family at www.chastainfuneralhome.com
Paul Edgar Quinn – Shoals
May 22, 1938 – December 25, 2018
Paul Edgar Quinn, 80, of Shoals, passed away at 11:12 a.m. on December 25, 2018, in Bloomington.
He was born May 22, 1938, in Danville, Illinois to Charles Cleo and Lillian (Jones) Quinn. He married Miriam Metz in Tell City, Indiana in July of 1962.Mr. Quinn was a retired Line Forman for the National Gypsum, a Veteran of the United States Army and was of the non-denominational Christian faith.
He is survived by one daughter, Pamela (Tony) Ivey of West Baden; three sons, Scott (Pearl) Quinn of Shoals, James (Carlene) Quinn of Bloomington, Dan (Dora) Quinn of Bedford; seven grandchildren, Tristan Bennington, Lydia Quinn, Audrey Quinn, Josh Ivey, Tyler (Whitney) Ivey, Brandon Cundiff (Pam Hart), Danielle “Toni” (Josh) Wilson; four great-grandchildren Lucas, Finley, Piper and Ashton; one sister, Irene Kyger of Shoals; four brothers, Jack (Louise) Quinn of New Haven, Gerald (Gay) Quinn of Harlan, Carl (Janet) Quinn of Mitchell and Terry (Michelle) Quinn of Shoals
.
Preceding him in death are his parents, wife, three brothers, Melvin Eugene Quinn, Cecil Quinn, Phillip Quinn; and one sister Jeanette Berry.
Funeral services are 2 p.m. Sunday, December 30, 2018, at the Queen-Lee Chapel in Shoals with burial in the Emmons Ridge Cemetery. Ministers Delmar Stockwell and Greg Willert are officiating. Visitation will be 3 p.m. till 7 p.m. Saturday at the funeral home.
The Queen-Lee Chapel of the Thorne-George Family Funeral Homes is in charge of the arrangements.
Loren Ray Yarnell – Shoals
December 6, 1938 – December 25, 2018
Loren Ray Yarnell, 80, of Shoals, passed away at 7:22 p.m. December 25, 2018, at the Westview Nursing and Rehabilitation Center in Bedford.
He was born December 6, 1938, in Martin County to Walter H. and Louetta (Smith) Yarnell. He married Judith Seals on April 18, 1965, at the Loogootee Christian Church.
Mr. Yarnell graduated Shoals High School, was a Veteran of the United States Army, retired from Perfect Fit Textile in Loogootee and was of the Protestant Faith.
He is survived by his wife Judith; one daughter, Deborah (Tom) Yarnell-Dillon of Shoals; two sons Robin (Kathleen) Yarnell of Danville and Abrahm Yarnell of Arizona; six grandchildren Kyle, Chandler, Chase, Adam, Jacob and Abigail; and two brothers, Charles (Paula) Yarnell of Swayzee and Roger (Dee) Yarnell of Greenwood. Several nieces and nephews also survive.
He is preceded in death by his parents and a sister and brother-in-law, Judith and Jerry Weddle.
Funeral services are 2 p.m. Monday, December 31, 2018, at the Queen-Lee Chapel in Shoals with Rev. Larry Downs officiating. Burial will be in the Mt. Union Cemetery. Visitation is Monday beginning at 11 a.m. until the time of service at the funeral home. Memorial Contributions may be made in the memory of Loren to St. Jude Children’s Hospital.