Nino R. Lentini M.D. – Bedford
May 12, 1936 – August 5, 2018
Nino R. Lentini M.D., 82, of Bedford, passed away on Sunday, August 5, 2018, at IU Health Bedford Hospital.
Born May 12, 1936, in Brooklyn, New York, he was the son of Anthony and Frances (D’asta) Lentini.
He married Joan Morano in June of 1963 and she survives.
Nino R. Lentini M.D. is a retired orthopedic surgeon born and raised in Brooklyn, NY. He has practiced medicine in the states of New York, California, Indiana, and Iowa. He recently earned a Certificate of Distinction from the Indiana State Medical Association for fifty years of medical practice. He studied medicine at Howard University and undergraduate studies at City College of New York. He published his first novel, Bones of Contention, in June 2018.
He was a member of St. Vincent de Paul Catholic Church.
Surviving are his wife, Joan Lentini; son, Karl Lentini; daughter, Jacqueline McCullough and husband Andrew; grandchildren, Gavin and Alex McCullough; sister, Tina Babakhanian; and several nieces, nephews, and cousins.
He was preceded in death by his parents.
Mass of Christian Burial will be at noon on Friday August 17, 2018 at St. Vincent de Paul Catholic Church, Bedford, with Father Rick Eldred and Deacon Dave Reising officiating. Visitation will be from 10 a.m.. until the service hour at the Ferguson-Lee Chapel of Thorne-George Family Funeral Homes.
Online condolences may be sent to the family at Thorne-George Family Funeral Homes
Memorial contributions may be made to the American Heart Association at http://honor.americanheart.org/goto/Nino_Lentini.
Joseph Walls – Shoals
December 24, 1968 – August 11, 2018
Joseph Walls, 49, of Shoals, passed away at his residence on Saturday, August 11, 2018.
He was born in Daviess County on December 24, 1968 to Alfred Dean and Becky (Akles) Walls. He was a 1987 graduate of Shoals High School and was employed by Premier Warehousing, Formerly Schilli Trucking.
He is survived by two sisters; Julie (Darrin) Jones of Shoals and Jennifer (Chad) Phillips of Shoals; a brother; Jim Walls of Shoals; and several nieces and nephews also survive.
He is preceded in death by his parents.
A memorial service will be held Saturday, August 18, 2018 at 2 p.m. at the Queen-Lee Chapel in Shoals. Burial will be in the Spring Hill Cemetery. Visitation will be Saturday beginning at Noon until the time of service.
The Queen-Lee Chapel of the Thorne-George Family Funeral Homes is in charge of the arrangements.
Online condolences may be sent to the family at Thorne-George Family Funeral Homes
Larry L. McClung – Bedford 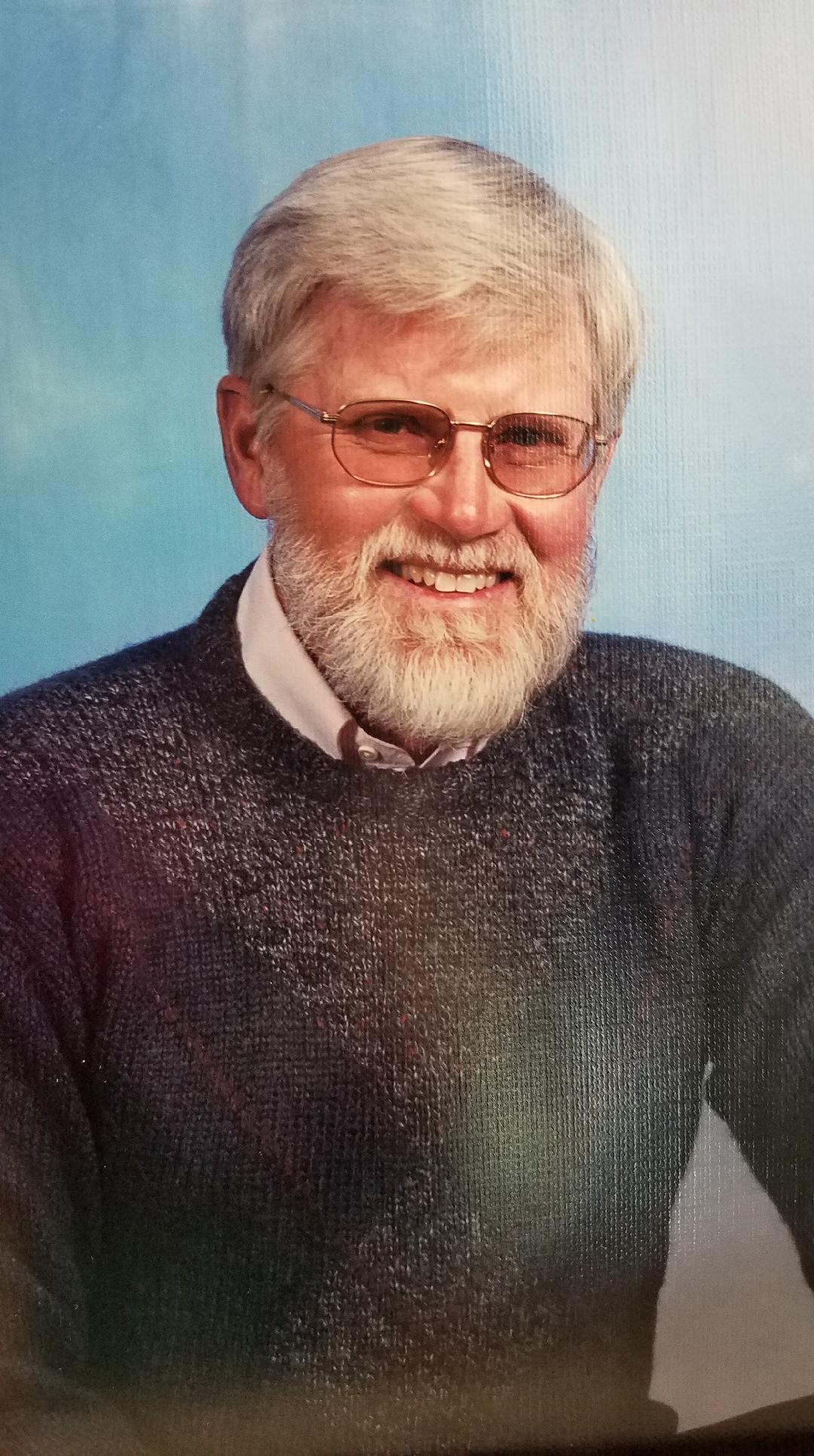 October 17, 1942 – August 11, 2018
Larry L. McClung, 75, of Bedford, passed away on Saturday, August 11, 2018 at IU Health Bloomington Hospital.
Born October 17, 1942, in Bedford, he was the son of Lonnie and Ruth (Young) McClung. He married Carlita Smith on February 10, 1963, and she survives.
He attended Unionville School through his junior year, and then graduated from Shawswick High School. Larry retired from General Motors as a tool and die maker and a lifetime farmer.
Surviving are his wife, Carlita, of Bedford; one brother, Brian Richard McClung, of Bedford; brother-in-law, Thomas (Lana) Smith, of Mitchell; three nieces, Shelby McClung, Holly (Ryan) Mills, and Amanda (Brad) Totten; great-niece, Kinzley Moore; and great-nephews, Garrett Bradley Totten and Ezra Scott Mills.
He was preceded in death by his parents; son, Aaron McClung; and brother in infancy.
Larry’s cats are going to miss him.
Funeral service will be at 1 p.m. on Wednesday, August 15, 2018 at the Ferguson-Lee Chapel of Thorne-George Family Funeral Homes, with Pastor Bud Smith officiating. Burial will be in Green Hill Cemetery. Visitation will be from 4 p.m. until 8 p.m. on Tuesday at the funeral home.
Online condolences may be sent to the family at Thorne-George Family Funeral Homes
Jerry M. Nikirk – Oolitic 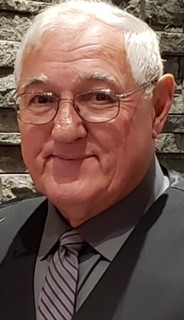 July 30, 1942-August 9, 2018
Jerry M. Nikirk, 76, went on to meet his Loving Savior with his family surrounding him at 8:55 p.m.pm on Thursday, August 9th at his residence.
Born on July 30, 1942, he was the son of Isaac M. Nikirk and Ida Ethel New Nikirk. Jerry retired from RCA after 40 years. He was a member of the Oolitic High School (Bearcats) class of 1960 Alumni Association, Bearcat Breakfast Club, and of Tabernacle of Praise Church where he was active on the Safety Team, Sound and Video Team, and JOY Fellowship. He married Linda Hutsell on April 17, 1971 and she survives.
Surviving with his wife of Oolitic are his children, Jeff Nikirk and his wife, Moira of Bedford, Linnea Pennycuff and her husband, Steven of Oolitic, Larissa Jerke and her husband, Scott of Sellersburg, IN and Seth Nikirk and his wife, Amy of Oolitic. He was an amazing Papaw to ten grandchildren, Miley, Macy, Luke, Lynlee, Lakan, Saxton, Lorelei, Saban, Annabelle, and Savannah. Surviving siblings include Elsie Webb of Oolitic, Betty Speer (Kenny) of Oolitic, Marilyn Kay Rathsman of Columbus and Mike Nikirk (Kim) of Kodak, TN.
He was preceded in death by his parents; siblings, Warren, Walter and Wendell.
Funeral services will be conducted at 11 a.m. on Wednesday, August 15 th at Tabernacle of Praise Church with Rev. Gary Thomas officiating. Burial will follow at Hilltop Cemetery in Avoca. Visitation will be held at Tabernacle of Praise Church on Tuesday, August 14 th from 2 p.m. until 8 p.m. and on Wednesday from 10 a.m. until the hour of the service.
In lieu of flowers, donations may be made to the Safety Team of Tabernacle of Praise Church.
Family and friends may express condolences at: www.daycarter.com
Kenneth Wilson – Bedford
Kenneth Wilson, 76, passed away Saturday, August 11, in Bloomington.
Funeral arrangements are pending at Chastain Funeral Home & Cremation Center.