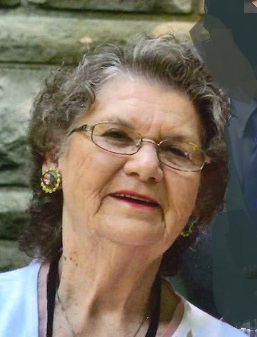 April 17, 1934 – December 3, 2017
Edna Louise “Dolly” Deckard, 83, of Heltonville, died at 6 a.m. on Sunday, December 3, 2017 at her residence.
Born April 17, 1934 in Lawrence Co., she was the daughter of Everett and Truly (Fender) Sowders. She married Harold Deckard on December 10, 1949 and he survives. She was a director of admissions at Oakland City College and and office assistant at NWSC Crane. She was a founder of the LARC Center and Sweet Owen County Association of Retarded Citizens. She was a volunteer at Spring Mill State Park and portrayed Mrs. Claus in Lawrence County for twenty-one years. She started Rusty’s Toy Chest, in memory of her son, providing toys to children in Lawrence and surrounding counties. She carried out missionary work in the Appalachians, was the director of the annual Heltonville Community Thanksgiving Dinner, and president of the Pleasant Run Senior Citizens.
Survivors include her husband, Harold, of Heltonville; children, Robert E. Deckard and wife, Nancy, of Bloomington, Melanie Brooks and husband, Ronald, and William J. Deckard and wife, Janet, all of Heltonville; eleven grandchildren; twenty-nine great grandchildren and was expecting her first great great grandchild; a sister, Mattie Nicholson and husband, Herschel, of Heltonville.
She was preceded in death by her parents, a son, Rusty; a daughter, Rita Irwin; six siblings, Laveda, Leonard, Thomas, Linville, Ada, and Luanna.
Funeral services will be conducted at 11 a.m. on Thursday, December 7th in the Elmwood Chapel of the Day & Carter Mortuary with God’s servants, Ronald Brooks and Tom Turpin officiating. Burial will follow in Gilgal Cemetery. Visitation will be from 4 p.m. to 8 p.m. on Wednesday, December 6th and from 10 a.m. until the hour of service on Thursday, December 7th at the Day & Carter Mortuary.
The family asks that friends consider memorial contributions be made to the Pleasant Run Volunteer Fire Department.
Family and friends may express condolences at www.daycarter.com.
Sharon E. (Melvin) Pate – Bloomington
Sharon E. (Melvin) Pate, 84, of Bloomington, died Sunday, December 3rd at I.U. Health Bloomington Hospital.
Arrangements are pending at the Day & Carter Mortuary.