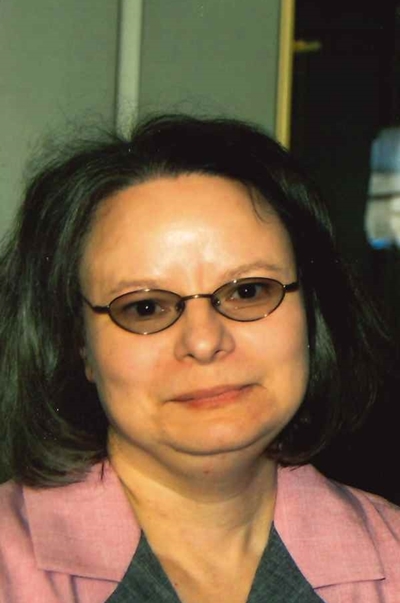 February 10, 1957 – November 8, 2017
LuAnn Williams, 60, of Bedford, died Wednesday, November 8, 2017. Born February 10, 1957, in Lawrence Co., she was the daughter of Joe and Delilia (Meyers) Chase.
She was a member of the Fairview Community Church. LuAnn loved animals, history, music, and was an avid Beetles fan.
Survivors include a sister, Elaine Tarr, of Bedford; a brother, Mike Chase and wife, Fran, all of Bedford; six nephews, Brandon, Ryan, Michael, Tradon, Tyson and Trevor Chase; two nieces, Lindsay Chase and Tara Powell; a sister-in- law, Sheila.
She was preceded in death by her parents, a brother, Gary Chase; a brother-in- law, Benjamin Tarr; a great-nephew, Jacob Powell; paternal grandparents, Maurice and Katherine Chase; maternal grandparents, George and Clara Meyers.
Funeral services will be conducted at 1 p.m. on Monday, November 13th in the Elmwood Chapel of the Day & Carter
Mortuary with Pastor Kenny Fisher officiating. Burial will follow in Green Hill Cemetery. Visitation will be from 11 a.m. until the hour of service on Monday, November 13th at the Day & Carter Mortuary.
Family and friends may express condolences at www.daycarter.com.
Michael Cory Dougherty – Bloomington
December 29, 1984 – November 8, 2017
We have lost a bright, shining, shooting star. The Heavens have gained one of our most beloved. Michael Cory Dougherty, 32, of Bloomington, died Wednesday, November 8, 2017 in Bloomington.
Born December 29, 1984 in Lawrence Co., he was the son of Raymond “Mike” and Laura (Beyers) Dougherty. Michael was a 2003 graduate from Bedford North Lawrence High School. He had an associate’s degree and several certifications in I.T. support, and was actively continuing his education. He was a technician in the I.T. Department at Indiana University. Michael was the best son, brother, grandson, and friend anyone could ever have. He was always available to help those who knew him. He was truly one in a million and will forever be missed.
Survivors include his parents, Mike and Laura Dougherty, of Bedford; a brother, Travis Dougherty, of Bloomington; a sister, Hannah Dougherty, of Bedford; his paternal grandmother, Therese Meehan, of Bedford; his maternal grandfather, Daniel Beyers, of Bedford; aunts, Dana Delphia and husband, Charles, and Ann Weddle, and husband, Jeff, all of Bedford, Beate Treske, of Munich, Germany; an uncle, Russell Meehan, of Jacksonville, FL; and several cousins.
He was preceded in death by a sister, Brandi Dougherty; his paternal grandfather, Leon “Irish” Meehan; his maternal grandmother, Shirley Diane Beyers.
Funeral services will be conducted at 11 a.m. on Tuesday, November 14th in the Elmwood Chapel of the Day & Carter Mortuary with Bud Smith officiating. Visitation will be from 4 p.m. to 8 p.m. on Monday, November 13th at the Day & Carter Mortuary.
The family asks that friends consider memorial contributions be made to the White River Humane Society.
Family and friends may express condolences at www.daycarter.com.