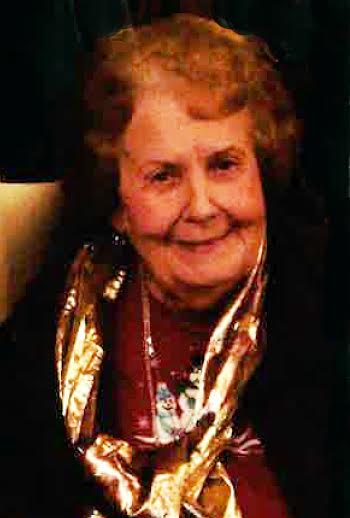 January 28, 1927 – July 24, 2016
Alma “Maxine” Miller, 89, of Mitchell, passed away Sunday evening, July 24, 2016, at Indiana University Health Bedford Hospital.
Born January 28, 1927, in Mitchell, she was the daughter of Floren and Katie (Clouse) Connell. She married her childhood sweetheart, Robert “Eugene” Smith, January 3, 1946, and together they had two children, Genia Dee and Timothy Austin. Eugene passed away on November 9, 1963. She later married her longtime companion Dennis Miller on August 26, 1984 and he preceded her in death September 12, 1984. Mackie, as she was known, owned and operated “Mackie’s Beauty Shop” for 62 years with her daughter, Genia, working alongside her for many years.
She was a member of the First Baptist Church in Mitchell since the age of 14. She was also a lifelong member of the Ladies Auxiliary of the American Legion and Ladies Auxiliary of the VFW. She became a member of the Mitchell Senior Citizens and spent five years as secretary. She dearly loved going to the Friday and Saturday night dances. She was very much a people person and loved chatting with all of the members.
Survivors include her daughter, Genia (Vincent) King of Mitchell grandchildren, Brayden (Kristen) King of Bedford Bethany New of Mitchell great grandsons, Landon, Leo, and Wylie New great granddaughters, Madeleine and Lilliana King Corinne and Payton Smith sister, Evelyn (Gordon) Harris of Bedford many nieces and nephews
She was preceded in death by her husbands; son; parents; brother, Gilbert Connell; and sisters, Ruth May, Marie Barnett, and Thelma Lindley.
Funeral service will be at 10:30 a.m. Friday, July 29, at Haverly Funeral Chapel with Donnie Hall officiating. Burial will be in Mitchell Cemetery. The family will receive friends from 4 p.m. till 8 p.m. Thursday and from 9:30 a.m. until the service on Friday at the funeral home.
Casketbearers will be Brayden King, Landon New, Brent Watson, Pat Lindley, and Leo New.
Tom Triplett – Huron 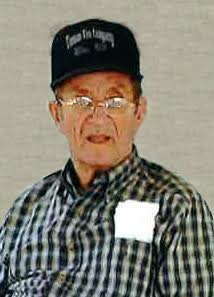 March 29, 1926 – July 24, 2016
Tom Triplett, 90, of Huron, passed away Sunday, July 24, 2016, at his residence.
Born March 29, 1926, in Letcher County, Kentucky, he was the son of Jack and Ona (Gibson) Triplett. He married Carol Sue Baker April 20, 1957, and she preceded him in death August 16, 1998. Tom was a coalminer and a U. S. Army veteran of World War II and the Korean War. He was a member of American Legion Post No. 250 and Veterans of Foreign Wars Post No. 9107. Tom was a member of the Independent Order of Odd Fellows.
Survivors include his children, Thomas (Sandy) Triplett of Paoli, Brenda G. (Rod Kellams) Dotts of Mitchell, Dewey J. (Angie G.) Triplett of Huron, Linda F. (Casey) Wright of Huron, Michael (Tina F.) Triplett of Huron, Glendal C. (Joetta Newsome) Hall of Virgie, Kentucky; 15 grandchildren; 7 great grandchildren; sister, Etta Rea Kinser of Independence, Kentucky
His parents; wife; siblings, Troy, Roy, Jack, Jr., Bill, Earl, Elwood, Carl, Georgia, Pearl, Arbutuss, Elizabeth, Freida, Virtie, and Polly; and grandsons, Daniel Richard Triplett and Joshua Eric Triplett, preceded him in death.
Funeral service will be at 7 p.m. Thursday, July 28, in the Memorial Chapel of Chastain Funeral Home & Cremation Center with Reverend Timothy Diamond officiating. Graveside service will be at 1:30 p.m. Friday at Port William Cemetery with military honors accorded by American Legion Post No. 250 and Veterans of Foreign Wars Post No. 9107. Friends may call from 4 p.m. until the service on Thursday at the funeral home.
Condolences may be sent to the family at www.chastainfuneralhome.com
George Deckard – Bedford
George Deckard, 77, of Bedford, died at 12:26 pm Monday at I.U. Health Bloomington Hospital.
Arrangements are pending at the Day & Carter Mortuary.