Carolyn Evelyn (Harder) Sims – Loogootee
Carolyn Evelyn Harder Sims, 77, of Loogootee, passed away on Saturday at 10 a.m. at Loogootee Healthcare and Rehabilitation Center.
She was born on July 31, 1937 in Shoals, to Theodore H. and Mary Hazel (Dunlap) Harder. She married Hiram G. Sims on September 28, 1957 at the Hindostan United Methodist Church and he preceded her in death on September 15, 2009.
Carolyn was a graduate of Shoals High School with the Class of 1955. She retired as produce manager from Loogootee Buehler’s and was formerly a bus driver for the Loogootee Community School Corporation.
She is survived by her daughters LuAnn (David) Dye, of Shoals, Beth Brown of Rising Sun, Donna (Chris) Beckman of Forsyth, Ill., and Marsha (Tim) Lynch of Jasper; grandchildren Zachery (Veronica) Brown, of Ellettsville, Ashley (Mike) Stanton, of Versailles, Katie, Caroline and Curt Beckman of Forsyth, Ill., Lindsay Beth (Todd) Bender, of Hillsboro, OH., Cody and Alyssa Lynch, of Jasper; great grandchildren Eli Turner, Marcie Kilburn, Mikey and Ryan Stanton, all of Versailles, Dylan and Tyler Bender, of Hillsboro, OH and Esme Brown, of Ellettsville; one brother Neal W. Harder, of Bargersville.
She is preceded in death by her husband Hiram, parents, one brother Ted (Sonny) Harder and sisters Janet Farrell, helen Louise Harder and Donna Sue Harder.
Friends may call on Saturday, April 4, 2015 from 11 a.m. until the hour of service at 2 p.m. at the Queen-Lee Funeral Home in Shoals. Pastor Joseph Seger will officiate the serve. Carolyn will be laid to rest in Goodwill Cemetery.
Memorial contributions can be made to the Goodwill Cemetery Association. Envelopes will be available at the funeral home.
On-line condolences can be made to the family at www.queenlee.com
Scott Edward Kopp – Bedford 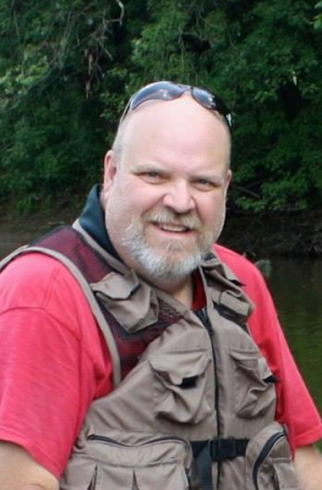 Scott Edward Kopp, 50, of Bedford, died at 11:17 pm on Saturday, March 28, 2015 at St. Vincent Dunn Hospital in Bedford.
Born November 17, 1964 in Bedford, he was the son of Charles “Bud” and Vickie (Lantz) Kopp. He was a diesel mechanic for Sternberg in Bloomington. He was an avid RC Airplane enthusiast and member of the Monroe County RC Club. Scott was a gentle giant, most kind hearted and a friend to all. He was a loving grandfather who enjoyed the outdoors and his dogs. He loved being on the river, in his boat, fishing, and riding his motorcycle. He was known as “one of the good guys”.
Survivors include his parents, of Bedford; a son, Christopher Kopp of Bedford; a daughter, Jessi Crane and husband, Rodney, of Oolitic; a grandson, Ryder Brantley Crane; two sisters, Andrea Pemberton and husband, Paul, of Bedford, Susan Vest and husband, Tim, of Spencer; nephews and niece, Cody Vest and wife, Julia, Dalton Vest and wife, Mackenzie, Lane Pemberton and wife, Abby, Jay Pemberton and fiancé, Kirstin, Ally Pemberton and Grady Pemberton; two great nephews and one great niece.
Funeral services will be conducted at 10 am on Thursday, April 2 in the Elmwood Chapel of the Day & Carter Mortuary with Bro. Tony Hanson officiating. Burial will follow in Cresthaven Memory Gardens. Visitation will be from 4 pm to 8 pm on Wednesday, April 1st at the Day & Carter Mortuary.
Family and friends may express condolences at www.daycarter.com.
Warren Swango – Springville 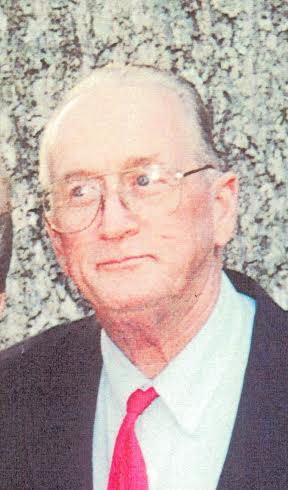