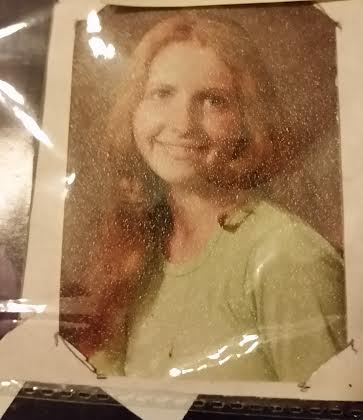 Rhonda Hamilton, 57, of Bloomington passed away on Thursday, January22, 2015 at 1 p.m. at her residence.
She was born in Columbus on September 7, 1957 to Chester Hillenburg and Mattie (Sowders) Nicholson. She attended Heltonville High School, and she was a Homemaker. She married Jeff Hamilton and he survives. Rhonda attended Life Mission Ministries Church.
Survivors include her husband, Jeff Hamilton of Bedford, parents, Stanley “Buster” Nicholson and Mattie (Sowders) Nicholson of Heltonville, two daughters, Heather (Tim) Fleener of Bedford, and Jennifer Armstrong of Bedford, five grandchildren, Lauren, Gabe, Madeline, Braydon and Trenton, two brothers, Chester “Randy” Hillenburg of Heltonville, and Rev. Michael (Angel) Nicholson of Bedford, two sisters, Lisa (Bob) McDonald of Bloomington, and Detra “DeeDee” (Tim) Bennett of Bedford
She was preceded in death by her father, Chester Hillenburg in 1963 Celebration of life will be held on Sunday February 1, 2015 at 2:30 p.m. at Life Mission Ministries Church on Bartlettsville road in Bedford
Poem-
THE DAY GOD TOOK YOU HOME
In tears we saw you sinking away, And watched you pass away.
Our hearts were almost broken, we wanted you to stay.
But when we saw you sleeping, so peaceful, free of pain,
How could we wish you back with us, to suffer that again.
It broke our hearts to lose you, but you did not go alone,
For part of us went with you, the day God took you home.
Cresthaven Funeral Home in Bedford
Tracy Lee Hillenburg – Shoals
Tracy Lee Hillenburg, 70, of Shoals, passed away at 7:40 a.m. on Wednesday, January 21, 2015 at his home in Shoals.
He was born on August 16, 1944 in Lawrence County, Indiana to Earl and Rhea Dawn (Tims) Hillenburg.
Tracy enjoyed country music and singing. He loved to travel and made several trips to Texas and Alaska. He was a retried self-employed contractor. He was a veteran of the United State Army.
Survivors include his wife Wanda Sue (Hovis) Hillenburg, of Shoals; one sister Kelly Reed of Mitchell; daughters Tina Marie and husband Joe Nichols of Bloomfield, Athena Ann and husband Wade Caudill, of Bedford; sons Triston and wife Tammy Baker, of Silverville and Tracy and wife Susan Hillenburg, of Oolitic; two step-sons William R. Hamblin and Steve R. Hamblin, of Shoals; 14 grandchildren and 10 great grandchildren
He is preceded in death by his parents Earl and Rhea Dawn Hillenburg, brother Kevin Hillenburg and two sisters Peggy Bundy and Marsha Horton.
Visitation will be from 11 a.m. until the hour of service at 1 p.m. on Saturday, January 24, 2015 at the Hickory Ridge Church. Burial will follow in the church cemetery.
Condolences may be online to the family at www.queenlee.com