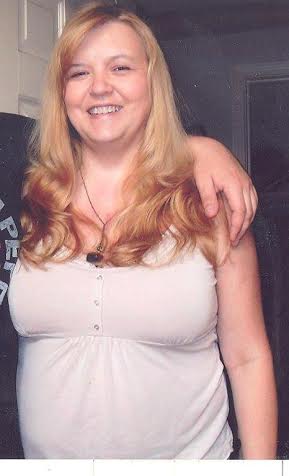 Angela (Turner) Thorp, 41, of Williams passed away on Tuesday February 18, 2014 at her residence.
She was born in Bedford to John Turner & Pamela Barger; she was a graduate of BNL High School and was
currently a student at Oakland City University. She married Craig Thorp on September 20, 2002 in Bedford and he survives. She was previously employed at Bunger & Robertson Law Office in Bloomington.
Survivors include her husband Craig Thorp, of Williams; two daughters Ashley Myers, of Bedford and Briana Myers, of Goshen; one son Brett Myers, of Bedford; two step-daughters Lara Lee Thorp, of Bloomington and Candice Lynn Thorp, of Bedfor; Father-in-Law;Alan Thorp, of Williams; one brother Bradley Barger, of Bedford; 3 grandchildren Vincent, Reece and Javin.
She was preceded in death by her father, mother and her grandmother Mary Turner, who raised her.
Funeral Services will be on Saturday, February 22, 2014 at 11 a.m.at Cresthaven Funeral Home in Bedford, burial will be in Mt. Olive Cemetery in Williams Friends may call on Friday, February 21, 2014 from 4 p.m. until 8 p.m. at Cresthaven Funeral Home.