Blaydan Heath Cobb – Bedford
Blaydan Heath Cobb, 3 months, of Bedford, died at 8:21 am on Thursday, January 23, 2014 at his residence.
Born October 27, 2013 in Bedford, he was the son of Lakeasha S. Johnson and David Cobb.
Survivors include his parents; a half-sister, Aubrey S. Staggs; a half-brother, Cason Cobb; maternal grandparents, Sonya Johnson and Tim Lagle; paternal grandparents Tamara Hughes and Keith Cobb;maternal great-grandparents, Dick and Janie Johnson; paternal great-grandparents, John and Nelly Magnuss all of Bedford; four aunts, Stacia Johnson (Dustin Stinson), Kycane Boone(Josh Smith), Ashley Fleenor (Kevin) of Bloomington, and Tiffany Bledsoe(Devin) of French Lick; and several nieces, nephews, great aunts and uncles.
Funeral services will be conducted at 1 pm on Tuesday, January 28th at the Dive Christian Church with Pastor Johnny Johnson officiating. Visitation will be from 11 am until the hour of service on Tuesday, January 28th at the Dive Christian Church.
Family and friends are invited to sign the guest book and light a candle in memory of Blaydan at www.daycarter.com.
Wilbur Kern – Bedford
Wilbur Kern, 96, of Bedford, died at 5:27 pm on Sunday, January 26th at Stonebridge Health Campus.
Arrangements are pending at the Day & Carter Mortuary.
Ralph E. Pridemore – Bedford 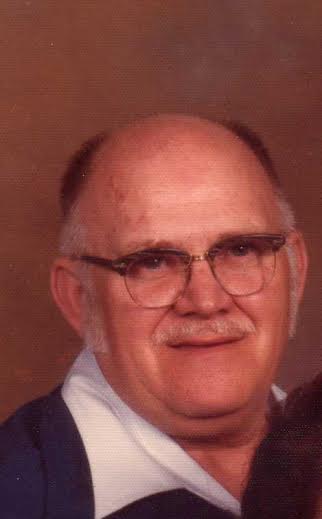 Ralph E. Pridemore, 89, of Bedford, died at 4:29 p.m. on Wednesday, January 22, 2014 at the White River Lodge.
Born June 28, 1924 in Lawrence County, Indiana, he was the son of Homer and Grace Pridemore. He married Betty Jean on May 30, 1943 and she passed away on July 19, 2009. Ralph was a graduate of Bedford High School, Class of 1943; Veteran U.S. Navy WWII; Retired from the Bedford Regional Medical Center; had previously worked at the Lawrence County Sherriff Dept; He was a member of the Doncia Church of God.
He is survived by one son, Philip (Kathaleen) Pridemore of Kent, Washington.
He was preceded in death by his parents and his wife.
Funeral service will be on Tuesday, January 28, 2014, at 1 p.m.at Ferguson-Lee Funeral Home, with Brother Kendall Hendrickson officiating. Burial will be in Crest haven Memory Gardens. Friends may call on Tuesday, 11 a.m. to 1 p.m. at the funeral home.
Online condolences may be made to the family at http://www.fergusonlee.com/.
Helen Martha Strahley – Shoals
Helen Martha Strahley, 94, of Shoals, passed away at Johnson Christian on January 25, 2014.
She was born July 6, 1919 near Bicknell, Indiana to Leo and Margaret Phillippe Hamke. On July 6, 1939 she married Oscar K. Strahley who died September 1, 2006. Helen was a member of the Shoals United Methodist Church and Order of the Eastern Star. Helen had been a homemaker.
She is survived by one son, Bud Strahley and wife Linda, of Shoals and one daughter, Doris Burcham and husband Ronald, of Mitchell; five grandchildren, Tim and wife Barbara Strahley, of Montgomery, Carole and husband Gary Bruner, of Decature, Cheryl Burcham, of Mitchell, Pamela Burcham, of Columbus, Ohio and Wesley Burcham of Mitchell; three great-granddaughters and two great-great grandsons.
She was preceded in death by her parents; husband; three sisters and two brothers.
Visitation will be from 10 a.m. Friday, January 31, 2014 at the Queen-Lee Funeral Home in Shoals, until the hour of service at Noon. Burial will follow in Spring Hill Cemetery.
Condolences may be made online to the family at www.queenlee.com.
Juanita V. Young – Bedford
Juanita V. Young, 81, of Bedford, died at 12:30 p.m. Saturday, January 25, 2014, at Garden Villa, Bedford.
Born October 28, 1932, in Liberty, KY, she was the daughter of Eldon Roy and Serena (Douglas) Roy. She married Argus Young on February 16, 1950; he died June 5, 1989. She had worked at M. Fine & Son, Bedford, many years, and was retired. She was a member of the Salvation Army and had volunteered at the former Salvation Army Thrift Store; she loved to garden and loved her grandchildren.
Surviving are four sons, Argus L. Young, Bedford, Linford Young, Bedford, Colvin Young, West Virginia and Jesse Darrell (Rhonda) Young, Bedford; two daughters, Patricia Guthrie, Bedford and Debbie (Gary) Moody, Mitchell; ten grandchildren and ten great grandchildren; and one sister, Polly Watson, Lawrenceburg, IN.
She was preceded in death by her parents; her husband; one son, Ben; two brothers, Edward and Jesse Roy; and three sisters, Marie, Emma and Katherine.
Funeral service will be at 1 p.m. Wednesday, January 29, 2014, at Ferguson-Lee Funeral Home, Bedford, with Troy Guthrie officiating. Burial will be in Green Hill Cemetery. Friends may call on Tuesday, 4 p.m. to 8 p.m. at the funeral home.
Memorial contributions may be considered to the Alzheimer Association.
Online condolences may be sent to the family at www.fergusonlee.com.