Anna “Louise” McCain – Bedford
Anna “Louise” McCain, 87, of Bedford, passed away on Friday January 24, 2014 at 2:36 AM at Westview Manor Nursing & Rehabilitation in Bedford.
She was born in Williams on November 24, 1926 to Dale & Mae (Cheek) Mitchell. She married Paul E. McCain in Baltimore, Maryland and he preceded her in death. Louise was a homemaker and member of Englewood Baptist Church in Bedford.
Survivors include four sons; Steve McCain and wife Mary of Bedford, Jon McCain and wife Colleen of South Carolina, Robert McCain of Mitchell, and Jim McCain and wife Susan of Paoli; one brother James Mitchell and wife Sharon of Bedford, 8 grandchildren and 14 great grandchildren
She was preceded in death by her parents, husband, brother; Gene Mitchell, sister; Helen Brewer, infant sister
Funeral Services will be held on Monday January 27, 2014 at 2 p.m. at Cresthaven Funeral Home with Bro. David Ferry, officiating. Friends may call on Monday from Noon until service time at Cresthaven Funeral Home.Burial will be in Cresthaven Memory Gardens
Kathy Cox – Bedford
Kathy Cox, 45, of Bedford, passed away on January 22, 2014 at 12:05 a.m. at IU Health Bloomington Hospital, cremation was chosen.
Cresthaven Funeral Home is in charge of arrangements.
Shirley Ann Gross – Martinsville
Shirley Ann Gross, 74, formerly of Mitchell, passed away at 7:50 p.m. Thursday, January 23, at the Waters of Martinsville.
Funeral arrangements are pending at Chastain Funeral Home & Cremation Center, Mitchell.
Joann Pierce Walker – Bedford 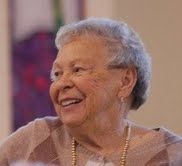 Joann “Aunt Jo” Pierce Walker, 83, of Bedford went home to be with the Lord at 2:31 p.m. on Saturday, January 18th , at her home following a brief illness.
Born in Louisville, KY, she was the daughter of William & Fay (Wesley) Pierce. She married Arthur Eugene “Gene” Walker of Bedford 11/1/1951. He preceded her in death on July 4, 1998. Joann received her Registered Nurse designation from the Louisville General Hospital School of Nursing in 1951. She went on to receive her Bachelor’s and Master’s degrees in Nursing from the University of Tennessee in Knoxville. She retired from the University of Tennessee Hospital in 1995 after 40-plus years of nursing and caring for others. She was a member of Community Baptist Fellowship in Bedford where she was affectionately known as “Aunt Jo.” She was a member of the weekly cooking team and was solely responsible for making sure each church member received a birthday and anniversary card. In addition, she served on the missions committee and was part of the mission team to Appalachia. Being a life-long nurse, Jo began as a volunteer with the IU Health Volunteer Services in August 2003, where she accumulated 3,643 volunteer hours prior to her passing. During her tenure she held the offices of president, vice-president, parliamentarian/legislation and recording secretary. During the summer months, Jo volunteered her services as Camp Nurse at Indian Creek Baptist Camp in Bedford. She and Tom would stay weeks at a time taking care of and ministering to the campers. Indian Creek Baptist Camp held a special place in her heart.
Survivors include two sons, Michael E. Walker of New Albany, Indiana; Thomas A. Walker, Bedford; one daughter, Sally A. Smith, Berkeley, California; two grandchildren, Adam Walker and Hallie Walker, both of Louisville, Kentucky; one great-grandchild, Mindy Lynn Walker-
Vittitoe; Sister and brother-in-law, Beverly and Corky Kern, Bedford, and several nieces and nephews.
She was preceded in death by her parents, husband, Gene and two sisters Ruby Bristow and Billye Gaddie.
A celebration of life was held on Sunday, January 19, 2014, with Pastor Eric Kennedy officiating. Burial will be held in the Spring 2014 at Green Hill Cemetery.
For those wishing to pay tribute to Aunt Jo, donations may be made to Indian Creek Baptist Camp, 1770 Avoca- Eureka Road, Bedford, IN 47421, designated “Aunt Jo – Nurse’s Station.”
Cresthaven Funeral Home is in charge of arrangements