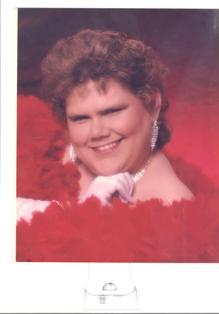 Stephanie Goins Nickless, 42 ,of Bedford, passed away November 23, 2013 at her residence.
She was born on November 26, 1970 in Poplar Bluff, Missouri to Olen Goins and Lynn Goins-Stein. She was an ordained Minister & Food Pantry Worker; she served many churches throughout Lawrence County. A special thanks to her care givers.
Survivors include her father & step mother; Olen and Ruby Goins of Bedford, one brother; Toby Bulliner of Bedford, Uncle Tom East of Bedford, several aunts and uncles of Sneedville, Tennessee.
She was preceded in death by her grandparents; Perry & Adeline (Eker) East and Brownlow and Cora Goins, several Aunts & Uncles
Funeral Services will be on Wednesday November 27, 2013 at 11 am at Cresthaven Funeral Home. Friends may call on Wednesday from 9 am until service time at 11 am at Cresthaven Funeral Home. Burial will be in Cresthaven Memory Gardens.
Connie Parkes – Bedford
Connie Parkes, 67, of Bedford, passed away peacefully among her loving family on Sunday morning November 24th.
Connie was born October 17, 1946 in Bedford, Indiana to Harold Allen and Madeline George-Allen.
Connie married Larry Joe Parkes on October 24, 1964 and he survives. Connie graduated from Shawswick High School with the class of 1964. She was a homemaker, loving wife, mother, and devoted grandmother. She was a member of the Fairview Community Church and had attended the First Church of God
Connie loved vacationing with her family in the Smokey Mountains and Myrtle Beach, South Carolina.
Connie was a very giving person. She volunteered at Dunn Memorial Hospital as a “pink lady”. She also was involved in a committee to help people overcome alcohol and substance abuse.
Connie loved animals, especially her cats. Her love of the outdoors always had her spending time at Spring Mill Park with her family.
She was preceded in death by her parents, four brothers, Larry Dean Allen, William (Bill) Allen, Harold Allen Jr. and John Doyle Allen. Connie is survived by her husband, Larry Joe Parkes, 2 sons, Donnie Joe Parkes and wife, Jamie, of Mitchell , IN, Darren Scott Parkes and wife, Natalie, of Fishers, IN, and one daughter, Katrina Runge and husband, Mark, of Tampico, IN, 2 brothers, Darrell Allen of Pendleton, IN and Robert Allen and wife, Valerie, of Bedford, IN, one sister Wanda Kay Hostetter and husband, Gary; 7 grandchildren, Ashley Renee Harden, Jesse Ryan Harden, Dustin M. Parkes, Katherine Lynn Runge, Austin Joe Parkes, Jennifer Elizabeth Runge, and Amber Nicole Parkes.
A celebration of life service will be conducted at 11 am on Wednesday, November 27th in the Elmwood Chapel of the Day & Carter Mortuary with Rev. Kenny Fisher officiating. Burial will follow in the Mt. Pleasant Christian Cemetery. Visitation will be from 2 pm to 8 pm on Tuesday, November 26th at the Day & Carter Mortuary.
The family would like to thank the Critical Care Unit Staff at I.U. Health Bloomington Hospital for the wonderful care and compassion shown them.
Family and friends are invited to sign the guest book and light a candle in memory of Connie at www.daycarter.com.
Joyce Hedrick – Bedford
Joyce Hedrick, 76, of Bedford, died Sunday, November 24th at her residence. Arrangements are pending at the Day & Carter Mortuary.
Patsy Lavon Smitz – Bedford
Patsy Lavon Smitz, 70, of Bedford, died at 1:49 a.m. Saturday, November 23, 2013, at St. Vincent Dunn Hospital, Bedford.
Born December 13, 1942, in Jeffersonville, IN, she was the daughter of Edmond and Julia Ann Catherine (Voyles) Morris.
Patsy was a consumer of Stone Belt and had been a resident of Blackstone Group Residence, Bloomington, before becoming a resident of Garden Villa, Bedford. She was very active in resident activities, especially bowling, and had worked several places including the laundry department of Dunn Memorial Hospital, Bedford, and Bloomington area restaurants, including Starbucks and Arbys.
She is survived by three sisters, Sue (Mick) Reynolds, Brenda Davis and Sherry Stroud, all of Mitchell, several nieces and nephews and several great nieces and nephews.
She was preceded in death by her parents; one sister, Dorothy Elizabeth, in infancy, and her maternal grandparents John and Sophia Voyles.
Funeral services will be at 1 p.m. Tuesday, November 26, 2013, at Ferguson-Lee Funeral Home, Bedford with Pastor Steve Jones officiating. Burial will be in Huron Cemetery.
Pallbearers will be Gary Mesarosh, Michael S. Reynolds, Ethan M. Reynolds, Mick Reynolds and Eddie Robbins. Friends may call on Tuesday from 11 a.m. until the service hour, at the funeral home.
Online condolences may be sent to the family at www.fergusonlee.com.