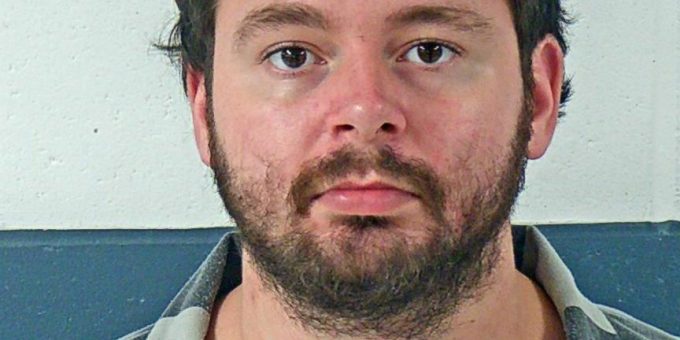 BEDFORD – A Bedford man was arrested on a warrant when Bedford Police officers responded to an incident in the 1610 block of 18th Street at 1:50 p.m. on November 19, 2021, after a report of someone entering a vehicle.

The caller told police, on November 17, 2021, he noticed two cigarette butts laying just inside the doorway of his garage. The man told police he quit smoking several years ago and they didn’t belong to him.

After he found the cigarette butts, he ensured he locked the doors of his 2008 Chevrolet Corvette which he keeps parked in the garage.

At approximately 1:30 p.m. on November 19th he entered his garage and found two more cigarette butts and ashes in the cup holder of his Corvette.

The cigarette butts were collected and sent to the Indiana State Police lab for DNA testing.

On May 18, 2022, Bedford Police received that lab report and confirmed the DNA on the cigarette butts belonged to 25-year-old Zachary Thompson.

On June 8, 2022, Thompson was located at the First Baptist Church and interviewed.

He told police he didn’t remember entering the garage or the vehicle. Thompson refused to submit a DNA sample to compare with the CODIS information linking his DNA with the cigarette butts from a prior criminal case involving Thompson.

On June 21, 2022, the cigarette butts were sent to the ISP lab to compare them to items in another case against Thompson.

On August 24, 2022, the investigator received the lab results for the DNA confirmation that it was Thompson’s DNA.

On August 25, 2022, the investigator contacted the owner of the Corvette to update him on his case. The Corvette owner inquired about the cigarette burns on the Corvette’s carpet from the suspect discarding his cigarettes. The damaged carpet cost $2,000 to repair.

The investigator was unaware of those damages, however, the information was forwarded to the Lawrence County Prosecutor’s Office and a warrant was issued for Thompson’s arrest on charges of criminal mischief, and unauthorized entry to a motor vehicle.