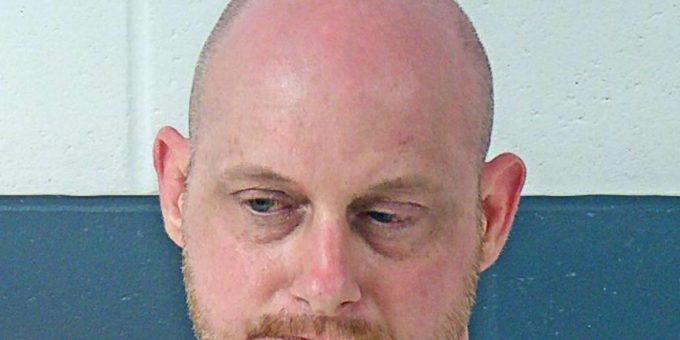 MITCHELL – A Bedford man was arrested Tuesday when Mitchell Police officers received a call about a breaking and entering occurring at 268 Barlett Drive in Mitchell.

Police then received information that 42-year-old Steven Stroud was possibly in the shed.

The first officer on the scene went to the back of the home and could see a male inside the residence.

Other officers arrived and went to the front door. An officer saw Stroud exit the home and yelled “stop police”. Stroud was “surprised to see the officer”. Stroud stopped and officers detained him in handcuffs.

Stroud then told officers he “was in FBI witness protection and taking down drug kingpins” and that this was “a safe house for him”. He continued to ask officers to contact “Director Langley”.

Stroud told police he entered the home through the front door with a key, but he didn’t know where that key was at the moment.

In a back bedroom, officers found a white t-shirt on the floor and a window had been opened. Officers also found a bag of clothing and other items next to the house in the bushes near the window.

Stroud told police, “it’s protocol at a safe house to enter a different way and then exit out of the front door”. Stroud was arrested on charges of burglary, residential entry, and criminal trespass