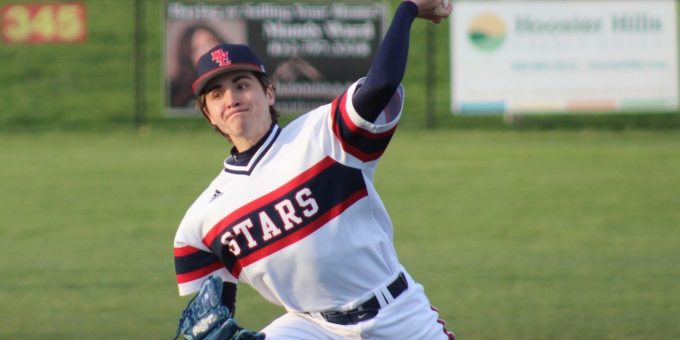 The Stars (11-14) got quality pitching performances from Walker Ward and Will Adams, plus a clutch two-run double in the seventh by Cal Gates, to subdue the Mustangs.

Ward went six innings, allowing only two hits and one earned run, to earn his first win, while Adams worked the seventh for the save. They combined for only three strikeouts.

“I’m really happy with the way we pitched,” BNL coach Jeff Callahan said. “They both did a good job of getting ahead of hitters, and our defense played pretty well.”

BNL scored its first run in the second. Kline Woodward doubled to left, advanced to third on a wild pitch and trotted home on a balk. The Stars added a run in the fourth as Kylar Fisher reached on an error and later scored on Trace Rynders’ ground out.

The biggest hit came in the seventh. After walks to Rynders and Grant Dalton, Kaedyn Bennett dropped a sacrifice bunt and Gates slashed his double to right for a 4-1 lead.

Edgewood scored in the sixth on Conner Thummel’s RBI single, then added a run in the seventh when Hunter Davis drew a lead-off walk, took second on a Mack Headdy single and scored on the back end of a double steal.

BNL will host the annual Orval Huffman Invitational (and honor seniors Dalton, Fisher and Grant Todd) on Saturday, facing Eastern Pekin in the opener at 10:30 a.m. Silver Creek will meet University in the second game, with the losers to collide in the consolation game In the afternoon. The winners will battle in the finale.