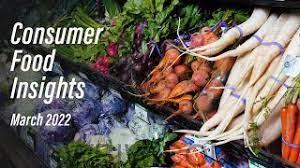 INDIANA — People living in urban and rural areas share many of the same concerns about food prices and availability – including the impact of recent bird flu outbreaks. However, differences remain in food insecurity and diet satisfaction, according to the monthly Consumer Food Insights Report.

The survey-based report out of Purdue University’s Center for Food Demand Analysis and Sustainability assesses food security and spending, consumer satisfaction and values, support for agricultural and food policies, and trust in information sources.

This month’s report also examines the year to date and compares the answers of respondents living in rural versus urban areas.

Although not a new trend, the difference in food insecurity between urban and rural demographics was clear in the survey results, said Jayson Lusk, the head and Distinguished Professor of Agricultural Economics at Purdue, who leads the center.

“Rural Americans struggle more often than urban Americans to buy the food they want,” he said. “As one might expect, current economic conditions appear to have further disadvantaged this group. For example, they face not only significantly higher food prices today than four months ago, but higher gas prices are likely affecting purchasing decisions among those who have to drive many miles to a grocery store.”

Sam Polzin, a food and agriculture survey scientist for the center and co-author of the report, said minority and marginalized people in rural communities historically face even higher rates of food insecurity.

“We need to identify and respond to challenges that an issue like inflation might exacerbate among people who have faced systemic inequalities and exclusionary food assistance policies,” he said. “However, measuring changes in eating patterns among relatively small groups, like Native Americans, can be very difficult to do through a national survey. We need to combine multiple high-quality data sources to do this.”

Differences between urban and rural households were also found in self-evaluation of the quality of their diets, Polzin said.

“According to the survey results, urban consumers are more likely than rural consumers to be happy with both their diets and lives,” he said. “Does living in a city make someone happier with their diet? We need further testing to determine what is behind this.”

The team found people who live in urban areas scored slightly higher across all dimensions of the SFP Index compared with people living in rural areas. The SFP value for April is 69/100.

“Most Americans understand their food choices affect the environment,” Polzin said. “But survey results also have shown that sustainability beliefs do not necessarily play out through consumer behaviors, and environmental impact is low on the list of purchasing considerations.”

There are persistent misunderstandings when it comes to food and sustainability, Lusk said.

“More people believe local food is better for the environment than believe eating less meat is better for the environment,” he said. “However, scientific studies show little evidence of benefits of local food production and significant evidence of the negative impact of meat production. To me, this highlights the need for consumers to have better access to information and more transparency in the food system, which is what we aim to do.”

The Center for Food Demand Analysis and Sustainability is part of Purdue’s Next Moves in agriculture and food systems, and it aims to use innovative data analysis shared through user-friendly platforms to improve the food system. In addition to the Consumer Food Insights Report, the center offers a portfolio of online dashboards.