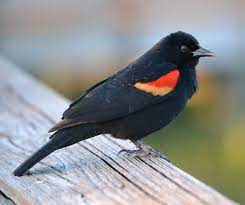 INDIANA – Residents throughout Indiana may again put out their bird feeders if they are comfortable doing so and are not observing sick or dead birds in their yard.

Department of Natural Resource biologists recommends seed and suet feeders be cleaned at least once every two weeks by scrubbing feeders with soap and water, followed by a short soak in a 10% bleach solution to keep birds healthy and limit the spread of disease. Hummingbird feeders should be cleaned at least once a week with a 10% bleach solution and rinsed thoroughly.

In late May, DNR started receiving reports of sick and dying birds from Monroe County with neurological signs, eye swelling, and crusty discharge around the eyes.

In early summer, DNR recommended a statewide moratorium on bird feeding to slow the spread of the undetermined illness – given the possibility that the disease was caused by an infectious agent.

Thanks to Hoosiers, DNR received more than 4,300 reports of sick or dead birds. Of these reports, DNR biologists identified more than 750 possible cases in 76 counties involving a very specific set of clinical signs of crusty eyes, eye discharge, and/or neurological issues.

All birds have tested negative for avian influenza, West Nile virus, and other flaviviruses, Salmonella and Chlamydia (bacterial pathogens), Newcastle disease virus, and other paramyxoviruses, herpesviruses and poxviruses, and Trichomonas parasites.

The cause of this disease is unknown and it is possible it may never be determined. Wildlife disease events are often related to several interacting causes consisting of a pathogen, the environment, and the health of the host. The USGS National Wildlife Health Center and other researchers are continuing the investigation with existing samples and data, but unless the event repeats, it is unlikely they will be able to identify a cause in the short term.

In early September, biologists determined bird deaths associated with the disease outbreak had significantly declined. The disease event did not result in an imminent threat to people, the population of specific bird species, or the overall population of birds in Indiana.