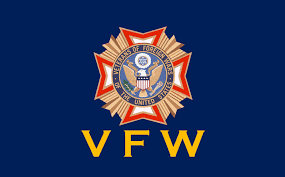 JASPER – VFW Post 673 hosted the Voices of Democracy and Patriot’s Pen scholarship awardees at a recognition dinner on May 18, 2021.

Both awardees read their entries and received their scholarship awards after a brief Memorial Service honoring VFW and VFW Auxiliary members who passed in 2020.

The theme for Voices of Democracy was “Is This the Country the Founders Envisioned?”

The first place awardee was Hailey Ekong and she received $1000 in scholarship funds. She is a Junior at Jasper High School and is the daughter of Eric and Linda Ekong.

The theme for Patriot’s Pen was “What is Patriotism to Me?”

This year’s winner was Shawna Frederickson, and she received $500. She is a seventh-grade student at Jasper Middle School and is the daughter of Joel and Laura Frederickson.

Both contests are held annually and include entries from the Greater Jasper and Northeast Dubois school districts.