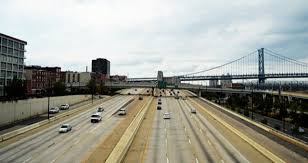 (UNDATED) – On Tuesday, Feb. 23, from 6:30-7:30 p.m., “Under the Interstate: Highway Displacement in Indianapolis” will explore the construction of interstate highways through Indianapolis during the late 1950s to 1970s.

Paul R. Mullins, a professor in the Department of Anthropology at IUPUI, will examine some of the grassroots resistance to highway displacement and the coalitions across class and color lines.

As in many American cities, interstate construction disproportionately took aim on working class and African American communities, displacing thousands of residents and transforming remaining neighborhoods from the northwest side of the city, West Indianapolis, Fountain Square and the east side.

As the state and city now contemplate significant changes to that half-century-old highway, the 21st-century reconstruction again raises many of the same issues of equity in urban interstate planning.

Registration is required for this free webinar. Click here to register and to read more information about the program.