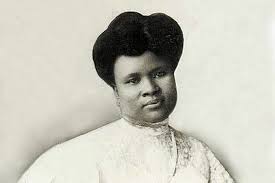 (INDIANAPOLIS) – The Indianapolis Airport Authority will host an unveiling of a towering “Madam Walker Legacy Mural,” which is an Official Indianapolis Bicentennial Community Project.

The mural, which reaches 11-feet high and 75-feet wide, was developed in partnership with the Arts Council of Indianapolis and the Madam Walker Legacy Center and should be prominently displayed at the Indianapolis International Airport (IND) in Civic Plaza well into 2022.

The unveiling will take place on Tuesday, Feb. 23 from at 1:30 p.m. on Facebook Live at Indianapolis International Airport Facebook Page

The mural was painted by artist Tasha Beckwith.

This original Hoosier artwork that was designed digitally and printed on adhesive vinyl portrays Madam Walker’s lasting impact on the physical, social, cultural, and economic legacy of Indiana Avenue, the iconic Walker Theatre, and the city of Indianapolis.

Madam C.J. Walker was an African American entrepreneur, philanthropist, and political and social activist. She is recorded as the first female self-made millionaire in America in the Guinness Book of World Records.

Walker made her fortune by developing and marketing a line of cosmetics and hair care products for black women through the business she founded, Madam C. J. Walker Manufacturing Company. She made financial donations to numerous organizations and became a patron of the arts. At the time of her death, she was considered the wealthiest African-American businesswoman and wealthiest self-made black woman in America.

“Commemorating Madam Walker is an important step in helping travelers associate Indianapolis with a strong inclusive culture and continuing values of entrepreneurship, community service, and civic pride,” said IAA Executive Director Mario Rodriguez. “The airport mural will set the stage to inspire travelers with Madam Walker’s historic importance as they experience the city and see traces of her impact that have carried through the past and into the present.”

Rodriguez said the IAA supports a climate where art and culture thrive, and it is apparent throughout the fabric of the airport terminal. Many of the pieces in the airport’s art collection were created by artists or poets who live in Indiana or have ties to the Hoosier state.