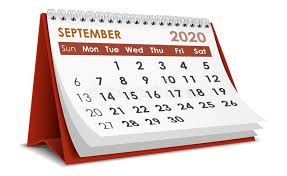 (UNDATED) – In September 2020, an Orange County woman was arrested after she allegedly killed her husband, a Lawrence County Highway Superintendent was honored, a Greene County woman was shot and killed during a robbery in Indianapolis.

Around 6:07 p.m., the Washington County Sheriff’s Department received a 911 call reporting a male lying in a ditch along US 150 near Honey Creek Road near the Washington/Orange County line.

ISP troopers and detectives located Huff approximately three hours after the crash in Washington County. Huff was arrested on charges of reckless homicide, a Level 5 felony, and was incarcerated at the Washington County Jail without further incident.

A jury trail is scheduled for February 2, 2021 at 8 a.m. in Washington Circuit Court.

The award recognizes his contributions made to county government throughout his years of public service.

A Worthington family was the victim of an armed robbery and shooting in Indianapolis on Thursday, September 17, 2020.

Wilma Hochstetler, 40, was shot and died at the scene. Her husband, Jonathan Hochstetler, was also shot and hospitalized. Jonathan suffered broken bones in his neck and jaw and underwent surgery.

Indianapolis Metropolitan Police Department officers were alerted to the shooting in the 3000 block of North High School Road around 1:30 a.m. that Thursday morning.

Jonathan Hochstetler, who owns a roofing and guttering company, was on a worksite on the west side of Indianapolis at around 7 p.m. Wednesday, September 16, 2020. A tire on his trailer had blown out.

Jonathan told police he was finally able to get up, walk to the car where his six-year-old son was. The son handed him a cell phone and he called 911.

Jonathan was transported to a hospital in Indianapolis. Their son was released to family members. The Hochstetlers also have three daughters ages 16, 13, and 10.

The family of Wilma Hochstetler is offering a reward of $50,000 for information in her murder which leads to prosecution.