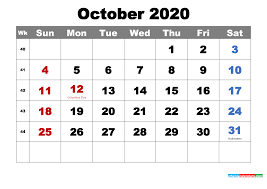 A Paoli woman has been charged with murder after she allegedly shot and killed 51-year-old William Dunn in October 2020.

Paoli Police and the Orange County Sheriff’s Department were called to a home in the 830 block of College Hill Street at 7:48 a.m. on October 21, 2020, after a report of a shooting.

When police arrived they found Dunn dead inside the home.

Detectives with the Paoli Police Department and Indiana State Police began an investigation into the events that occurred and detained 43-year-old Sabrina Dunn for fatally shooting Dunn.

A jury trial is scheduled for April 20, 2021 in Orange County Circuit Court.

A Bedford woman was arrested on Wednesday, October 28, 2020 on a warrant after an Indiana State Police investigation revealed she injured her child and did not immediately seek medical treatment for that injury.

Police arrested 22-year-old Selena Thornton, of 2328 South I St., on charges of neglect of a dependent resulting in bodily injury and domestic battery.

The next day, Thornton took her daughter to a pediatrician after the burn seemed worse. The physician told Thornton to take her daughter to Riley Hospital for Children’s emergency room for a medical evaluation. Riley physicians told investigators the pattern of the burn was classic for an abusive burn. The burn was on the left hand and extended to the wrist.

The information was forwarded to the Lawrence County Prosecutor’s Office and a warrant was issued for Thornton’s arrest. A no-contact order was issued by Superior Court II Judge William Sleva. No trial date has been set.

A Seymour man was convicted on Thursday, October 8, 2020 in the death of his 8-year-old son, who died from an overdose of methamphetamine he had ingested after possibly mistaking the drug for food.

A Jackson County jury convicted 43-year-old Curtis G. Collman of Seymour on neglect of a dependent resulting in death in addition to four other charges.

When he woke he found his son “not acting right.” He was “twitching and bouncing his face off the floor,” Collman told police. Collman tried to hold him down, but the boy kept “grabbing his face and scratching his own face.”

Collman then took his son II his mother’s house in Crothersville around 1 p.m. His mom wanted to call 911 for help, but Collman wouldn’t let her. Jackson County dispatch later received a 911 call about a boy not breathing around 1:47 p.m. Collman left the residence when his mother called 911.