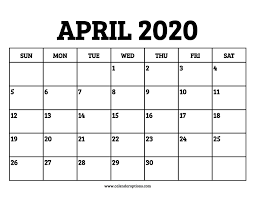 In April 2020, the Boys & Girls Club of Lawrence County received grants from the Regional Opportunities Initiative and the NBA All-Star 2021 Legacy Project to produce a state-of-the-art makerspace for the youth of Lawrence County.

The space is used to introduce students to the skills associated with after-school programming project-based learning activities.

The vision for this program is to help students prepare for possible careers in advanced manufacturing, defense, and life sciences. The Launching Center  also helps develop a pipeline to the NLCS Career Center. The Lawrence County Launching Center is located in the Teen Center’s west gym. This space houses new technology, equipment, and materials needed to create a platform for innovation and invention.

As the technical director of Crane, Dr. Seidlewill provides technical leadership and supervision to 3,700 employees.

JDAI is a model for youth justice system improvement that was developed by the Juvenile Justice Strategist Group of the Annie E. Casey Foundation approximately thirty years ago. At its core, JDAI is a public safety initiative that focuses on limiting use of pre-adjudication secure detention while ensuring the alternative placements and procedures are safe and appropriate to meet the needs of the youth.

Indiana has adapted and evolved the JDAI model to provide opportunities for improvement at all decision points from contact with law enforcement through placement in out-of-home care and post-placement return to the community.

The efforts have resulted in savings to taxpayers, improved efficiencies in the operations of the youth justice system, and better outcomes for youth and their families.

This will allow Lawrence County more funding and more opportunities to provide services to youth and families.

JDAI sites receive training opportunities in best practices for the youth justice system, access to networks of state and national experts, and technical assistance from a team of Juvenile Justice Strategists.

In April 2020, Bedford and Oolitic received more than $274,000 in state matching grants to bolster road and bridge improvements.

More than 200 Indiana cities, towns, and counties received a combined total of $126.5 million through the Community Crossings Matching Grant program.

The grants are made available through the Indiana Department of Transportation as a result of a law State Reps. Chris May (R-Bedford) supported in 2017.

Hundreds of family, friends and others paid their respect by lining the roadways with flags in hands during his procession that left Burkholder Chapel of Thorne-George Family Funeral Homes in Seymour at approximately 2 p.m. and traveled west on US 50 and then head north on State Road 446 to his burial plot at Mount Gilead Cemetery in Bloomington.