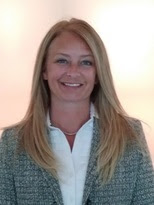 (INDIANAPOLIS) – The Indiana State Library is pleased to announce Stephanie Asberry as the new deputy director of statewide services. The position was previously held by Wendy Knapp.

Prior to becoming the deputy director of statewide services, Asberry served for two years as deputy director of public services at the Indiana State Library. Prior to that, she acted as supervisor of the Genealogy Division at the Indiana State Library for three years. Additionally, she spent five years as the director of library technical services at the Tennessee State Library and Archives and has an another six years of experience serving as a public services librarian. Asberry earned her Bachelor of Science Degree in political science from Ball State University, a degree in history from Oregon State University and her Master of Library and Information Science with a graduate certificate in archival administration from Wayne State University.