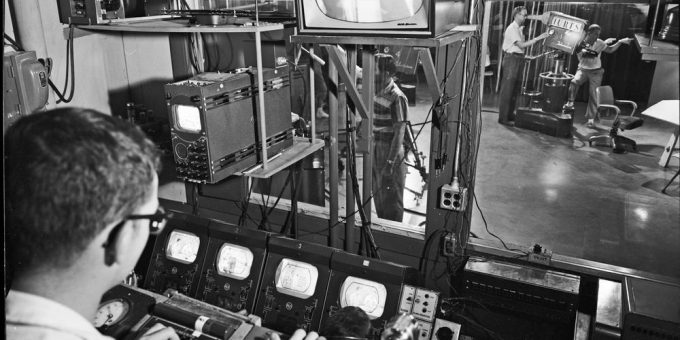 (BLOOMINGTON) – When WFIU first went on the air on October 1,
1950, the phrase “public radio” did not exist. The founding of NPR came two decades later, with WFIU becoming one of the original 90 charter members of NPR in 1970.

To celebrate the station’s 70th birthday and 50 years with NPR, WFIU has invited Robert Siegel to headline a virtual anniversary event.

An Evening with Robert Siegel will take place online on October 1 at 7:30 p.m. This virtual event will feature Siegel in conversation with Bob Zaltsberg from the WFIU News team.

For more than 40 years, Siegel’s voice was heard on NPR, starting as a newscaster in 1976. Siegel co-hosted All Things Considered, NPR’s flagship afternoon news magazine, from 1987 until his retirement in 2018. As part of WFIU’s 70th anniversary celebration, Siegel will share stories spanning his career in journalism and reflect on the role of public radio in today’s polarized news landscape.

“We were intent upon observing 70 years of radio by inviting an important person in our station’s history to celebrate with us. And as someone who joined NPR in the early days and stayed for more than four decades, Robert Siegel fits the bill perfectly. We’ve all heard his reporting during that time. Now, we couldn’t be more thrilled to hear some of his many behind-the-scenes stories, and in an intimate setting,” said WFIU station operations director John Bailey.

An Evening with Robert Siegel is open to anyone who contributes $70 or more to WFIU.

The station is also offering an exclusive opportunity for those who make a one-time gift of $200 to participate in a limited capacity Q&A session with Robert Siegel.

More information about the event is available at wfiu.org/events.
Explore WFIU’s history and see photos and videos from the station’s 70 years of broadcasting on WFIU’s 70th anniversary website, wfiu.org/70.