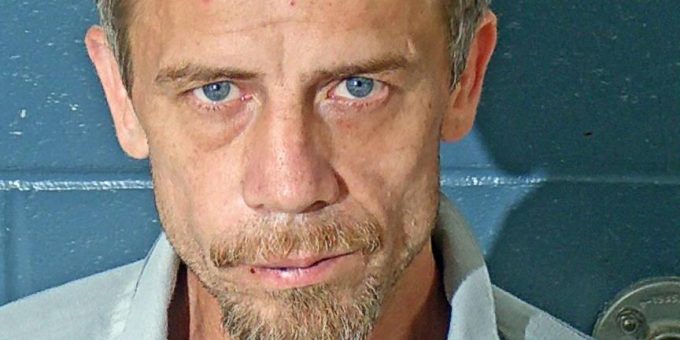 According to a probable cause affidavit, on Friday deputies were called to a home in the 300 block of Treslar Street after a report that Johnson was at a man’s house and was refusing to leave.

The caller told police he found Johnson in the backyard climbing through the trusses of a garage that was being built. The man told police he believed Johnson was under the influence of some type of controlled substance.

When police arrived they found Johnson walking circles inside of the garage. Officers approached Johnson and asked what was going
on. David did not answer the officers.

Johnson told police the property was owned by him and smirked at officers when asked to leave.

Police told Johnson to put his hands behind his back and he was handcuffed. As an officer attempted to place Johnson in the patrol car he buckled his legs and braced his knees against the patrol vehicle door frame and would not sit in the car. Johnson was asked numerous times to have a seat in the car and he refused. He was then forcibly placed in the vehicle.
As Johnson was placed in the car he kicked a deputy in the leg.

After being arrested, officers were approached by a neighbor who said Johnson was taking batteries and energizing them and spraying them with bug spray and it would turn to powder and David would snort the powder through his nose.