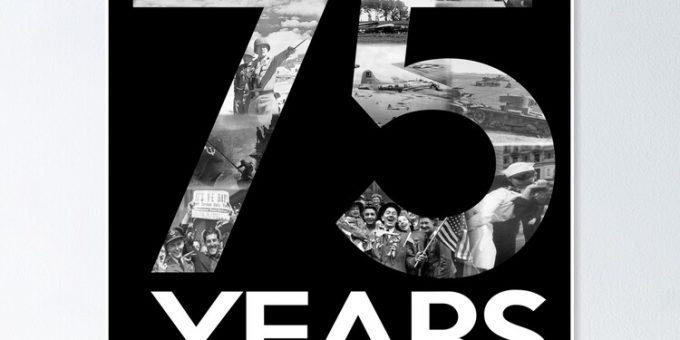 (BEDFORD) – The Lawrence County Commissioners approved Veterans Service Officer Brad Bough’s request to host an event on August 29, 2020, to mark the 75th Commemoration of the end of World War II.

The event will begin at 2 p.m. on the courthouse lawn.

All area veterans and their families are invited to participate.

October 25–November 1, 1936
Nazi Germany and Fascist Italy sign a treaty of cooperation on October 25; on November 1, the Rome-Berlin Axis is announced.

November 25, 1936
Nazi Germany and Imperial Japan sign the Anti-Comintern Pact, directed against the Soviet Union and the international Communist movement.

September 29, 1938
Germany, Italy, Great Britain, and France sign the Munich agreement which forces the Czechoslovak Republic to cede the Sudetenland, including the key Czechoslovak military defense positions, to Nazi Germany.

March 14–15, 1939
Under German pressure, the Slovaks declare their independence and form a Slovak Republic. The Germans occupy the rump Czech lands in violation of the Munich agreement, forming a Protectorate of Bohemia and Moravia.

March 31, 1939
France and Great Britain guarantee the integrity of the borders of the Polish state.

August 23, 1939
Nazi Germany and the Soviet Union sign a nonaggression agreement and a secret codicil dividing eastern Europe into spheres of influence.

September 17, 1939
The Soviet Union invades Poland from the east.

September 27–29, 1939
Warsaw surrenders on September 27. The Polish government flees into exile via Romania. Germany and the Soviet Union divide Poland between them.

November 30, 1939–March 12, 1940
The Soviet Union invades Finland, initiating the so-called Winter War. The Finns sue for an armistice and have to cede the northern shores of Lake Lagoda and the small Finnish coastline on the Arctic Sea to the Soviet Union.

April 9, 1940–June 9, 1940
Germany invades Denmark and Norway. Denmark surrenders on the day of the attack; Norway holds out until June 9.

May 10, 1940–June 22, 1940
Germany attacks western Europe—France and the neutral Low Countries. Luxembourg is occupied on May 10; the Netherlands surrenders on May 14, and Belgium surrenders on May 28. On June 22, France signs an armistice agreement by which the Germans occupy the northern half of the country and the entire Atlantic coastline. In southern France, a collaborationist regime with its capital in Vichy is established.

June 28, 1940
The Soviet Union forces Romania to cede the eastern province of Bessarabia and the northern half of Bukovina to Soviet Ukraine.

August 30, 1940
Second Vienna Award: Germany and Italy arbitrate a decision on the division of the disputed province of Transylvania between Romania and Hungary. The loss of northern Transylvania forces Romanian King Carol to abdicate in favor of his son, Michael, and brings to power a dictatorship under General Ion Antonescu.

February 1941
The Germans send the Afrika Korps to North Africa to reinforce the faltering Italians.

April 10, 1941
The leaders of the terrorist Ustasa movement proclaim the so-called Independent State of Croatia. Recognized immediately by Germany and Italy, the new state includes the province of Bosnia-Herzegovina. Croatia joins the Axis powers formally on June 15, 1941.

June 22, 1941–November 1941
Nazi Germany and its Axis partners (except Bulgaria) invade the Soviet Union. Finland, seeking redress for the territorial losses in the armistice concluding the Winter War, joins the Axis just before the invasion. The Germans quickly overrun the Baltic States and, joined by the Finns, lay siege to Leningrad (St. Petersburg) by September. In the center, the Germans capture Smolensk in early August and drive on Moscow by October. In the south, German and Romanian troops capture Kiev (Kyiv) in September and capture Rostov on the Don River in November.

December 6, 1941
A Soviet counteroffensive drives the Germans from the Moscow suburbs in chaotic retreat.

December 11–13, 1941
Nazi Germany and its Axis partners declare war on the United States.

May 30, 1942–May 1945
The British bomb Köln (Cologne), bringing the war home to Germany for the first time. Over the next three years Anglo-American bombing reduces urban Germany to rubble.

June 1942
British and US navies halt the Japanese naval advance in the central Pacific at Midway.

June 28, 1942–September 1942
Germany and her Axis partners launch a new offensive in the Soviet Union. German troops fight their way into Stalingrad (Volgograd) on the Volga River by mid-September and penetrate deep into the Caucasus after securing the Crimean Peninsula.

August–November 1942
US troops halt the Japanese island-hopping advance towards Australia at Guadalcanal in the Solomon Islands.

October 23–24, 1942
British troops defeat the Germans and Italians at El Alamein in Egypt, sending the Axis forces in chaotic retreat across Libya to the eastern border of Tunisia.

November 8, 1942
US and British troops land at several points on the beaches of Algeria and Morocco in French North Africa. The failure of the Vichy French troops to defend against the invasion enables the Allies to move swiftly to the western border of Tunisia, and triggers the German occupation of southern France on November 11.

November 23, 1942–February 2, 1943
Soviet troops counterattack, breaking through the Hungarian and Romanian lines northwest and southwest of Stalingrad and trapping the German Sixth Army in the city. Forbidden by Hitler to retreat or try to break out of the Soviet ring, the survivors of the Sixth Army surrender on January 30 and February 2, 1943.

May 13, 1943
Axis forces in Tunisia surrender to the Allies, ending the North African campaign.

July 5, 1943
The Germans launch a massive tank offensive near Kursk in the Soviet Union. The Soviets blunt the attack within a week and begin an offensive initiative of their own.

July 10, 1943
US and British troops land on Sicily. By mid-August, the Allies control Sicily.

September 8, 1943
The Badoglio government surrenders unconditionally to the Allies. The Germans immediately seize control of Rome and northern Italy, establishing a puppet Fascist regime under Mussolini, who is freed from imprisonment by German commandos on September 12.

September 9, 1943
Allied troops land on the beaches of Salerno near Naples.

June 6, 1944
British, US, and Canadian troops successfully land on the Normandy beaches of France, opening a “Second Front” against the Germans.

June 22, 1944
The Soviets launch a massive offensive in eastern Belorussia (Belarus), destroying the German Army Group Center and driving westward to the Vistula River across from Warsaw in central Poland by August 1.

July 25, 1944
Allied forces break out of the Normandy beachhead and race eastward towards Paris.

August 1, 1944–October 5, 1944
The non-communist underground Home Army rises up against the Germans in an effort to liberate Warsaw before the arrival of Soviet troops. The Soviet advance halts on the east bank of the Vistula. On October 5, the Germans accept the surrender of the remnants of the Home Army forces fighting in Warsaw.

August 15, 1944
Allied forces land in southern France near Nice and advance rapidly towards the Rhine River to the northeast.

August 20–25, 1944
Allied troops reach Paris. On August 25, Free French forces, supported by Allied troops, enter the French capital. By September, the Allies reach the German border; by December, virtually all of France, most of Belgium, and part of the southern Netherlands are liberated.

August 23, 1944
The appearance of Soviet troops on the Prut River induces the Romanian opposition to overthrow the Antonescu regime. The new government concludes an armistice and immediately switches sides in the war. The Romanian turnaround compels Bulgaria to surrender on September 8, and the Germans to evacuate Greece, Albania, and southern Yugoslavia in October.

August 29, 1944–October 28, 1944
Under the leadership of the Slovak National Council, consisting of both Communists and non-Communists, underground Slovak resistance units rise against the Germans and the indigenous fascist Slovak regime. In late October, the Germans capture Banská Bystrica, the headquarters of the uprising, and put an end to organized resistance.

September 12, 1944
Finland concludes an armistice with the Soviet Union, leaving the Axis partnership.

October 15, 1944
The Hungarian fascist Arrow Cross movement carries out a coup d’état with German support to prevent the Hungarian government from pursuing negotiations for surrender to the Soviets.

December 16, 1944
The Germans launch a final offensive in the west, known as the Battle of the Bulge, in an attempt to re-conquer Belgium and split the Allied forces along the German border. By January 1, 1945, the Germans are in retreat.

January 12, 1945
The Soviets launch a new offensive, liberating Warsaw and Krakow in January, capturing Budapest after a two-month siege on February 13, driving the Germans and their Hungarian collaborators out of Hungary in early April, forcing the surrender of Slovakia with the capture of Bratislava on April 4, and capturing Vienna on April 13.

March 7, 1945
US troops cross the Rhine River at Remagen.

May 7, 1945
Germany surrenders to the western Allies.

May 1945
Allied troops conquer Okinawa, the last island stop before the Japanese islands.

August 6, 1945
The United States drops an atomic bomb on Hiroshima.

August 9, 1945
The United States drops an atomic bomb on Nagasaki.