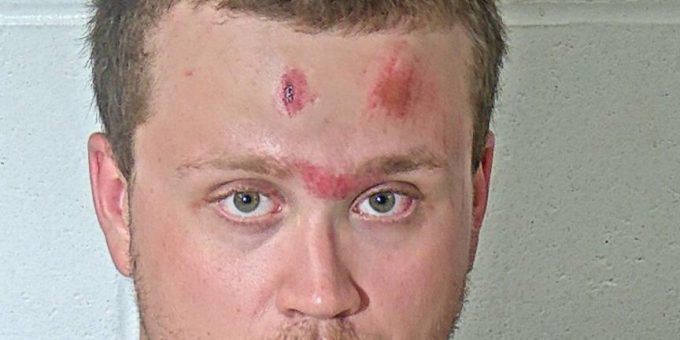 (BEDFORD) – A Mitchell man was arrested Sunday afternoon after Bedford Police officers were called to Walmart after a report of a man threatening to hurt customers.

When officers arrived they confronted 25-year-old Tyler Stailey about the complaint.

“Employees confirmed that Tyler had threatened customers and staff and when asked about it Tyler admitted to wanting to harm himself or someone else,” Chief Terry Moore said. “Officers removed a large machete from Tyler’s backpack and took him into custody.”

Stailey is facing charges of harassment, disorderly conduct, and intimidation.