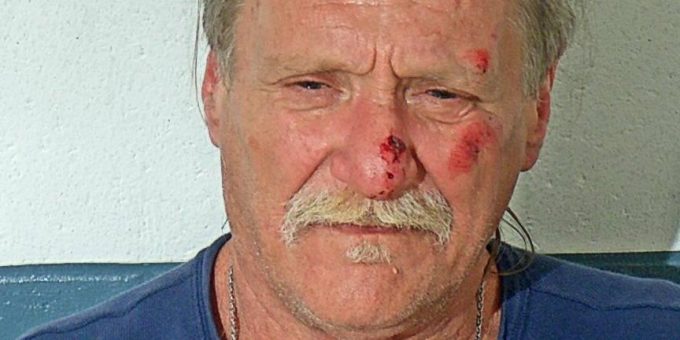 (BEDFORD) – A Bedford man was arrested after an off-duty Bedford Police officer was stopped by a customer at Rocket Fuel Friday night. The customer was worried about a male who appeared to be intoxicated who was getting ready to drive away from the station.

The off-duty officer then called for assistance.

“The male, 65-year-old Jack Covert, showed usual signs of intoxication,” said Chief Terry Moore. “While speaking with Covert he began to cause a disturbance with several customers stopping to watch. While trying to place handcuffs on Covert he refused, tensed up, and grabbed a hold of his vehicle refusing to cooperate.”

Officers had to forcibly place handcuffs on him before transporting him to jail on charges of public intoxication, resisting arrest, and disorderly conduct.