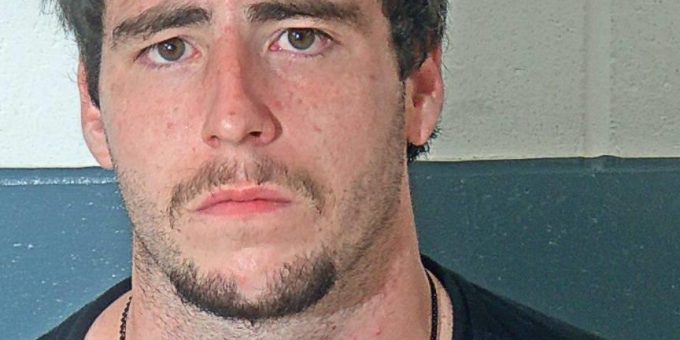 (BEDFORD) – A Bedford man was arrested early Sunday morning after a report of a possible intoxicated driver near 16th Street and Becky Skillman Way.

Bedford Police officers found 29-year-old Joshua Pickett’s vehicle parked at McDonald’s. Pickett was found sitting inside the vehicle with a handgun between the seats.

“While speaking with Pickett he showed the usual signs of being intoxicated and witnessed him place a bottle of whiskey behind the passenger seat,” said Chief Terry Moore. “Officers determined Pickett did not have a permit to carry the handgun.”

He was arrested on charges of public intoxication and carrying a gun without a permit.

Officers found marijuana and pills and drug paraphernalia in his pockets.

Pickett was then arrested on additional charges of possession of a controlled substance, marijuana, and drug paraphernalia.