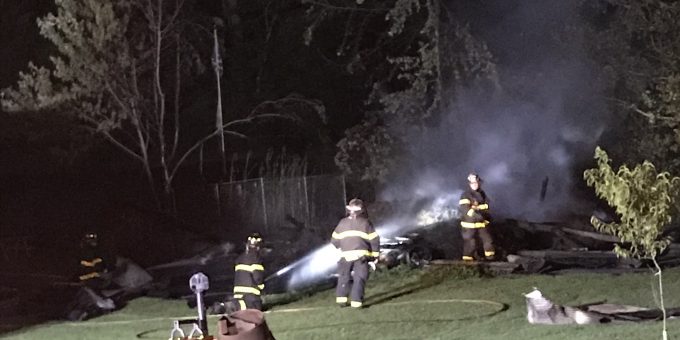 (HURON) – Huron and Marion Township Volunteer Fire Departments responded to a barn fire Tuesday night. Firefighters were dispatched to the 2000 block of Blanton Road around 10:26 p.m.

Upon arrival firefighters found the barn engulfed in flames.

“When I arrived the flames already had caught nearby treetops on fire. I believe the fire started in the top of the barn, but I’ve not had a chance to talk to the property owners or conduct a more thorough investigation to determine what caused the fire,” said Huron Fire Chief Bill Kinser.

Firefighters continued to douse hot spots and make sure the blaze did not spread into nearby woods.