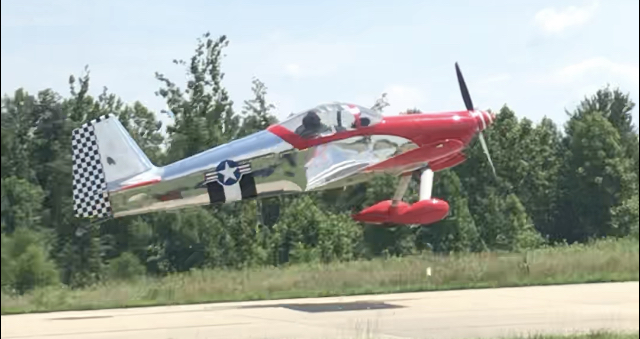 (BEDFORD) – The Virgil I. Grissom Municipal Airport was constructed in 1976 in the 3200 block of Tunnelton Road. The airport provides a valuable service to many local businesses such as General Motors, Rural King, W.F. Meyers, the local limestone industry and Lawrence County agriculture.

A number of people use the airport for specific reasons. One rancher from Nebraska flies in to attend the Springville Feeder Auction. Another owner of an Iowa Stone Company flies in to have his saws repaired or to get parts. Many others fly in as they transverse the country by their aircraft and get fuel.

With more than 400 acres of land, the potential for growth for the airport and economic benefits for Lawrence County is unlimited. At the present time, some of the ground that surrounds the airport is used by a local farmer which the airport rents out for revenue.

The airport has two runways. One is 4,500 feet long and the other 3,089 feet long. The 4,500 foot runway is long enough to accommodate most business size jets.

The next project for the airport is building a parallel runway to prevent runway incursions.

A runway incursion is an incident where an unauthorized aircraft, vehicle, or person is on a runway. This affects runway safety, as it creates a risk that an airplane taking off or landing will collide with the object.

Next month, officials will be applying for a grant for the third runway. Normally, the FAA funds 90 percent of a project, the Indiana Department of Transportation funds 5 percent and the local airport funds the remaining 5 percent.

This three million dollar project would require the airport to fund $150,000. This is a very large amount for the small airport to raise and a project this size would take about two years to complete.

This year, because of the COVID-19 pandemic, the FAA will fund 100 percent of the project.

“We have decided to do what we can, which includes the dirt fill and drainage,” said Jeff Lytton Airport Manager.

The airport receives on average 10 flights a day, or 300 operation flights a month. There are 41 different planes or ultra-lights stored at the airport.

Three employees work at the airport. They include Ken Teague, Josh Mathias and Gary Fender.

Two businesses operate out of the airport. The first is Ken Smith and Songbird Aviation which provide general maintenance and flight services. The second is Robert and Angie Richardson who perform paintwork on planes.

One of Richardson’s projects includes a plane that was in the James Bond Movie “Goldfinger” and it is stored at the airport.

“I quit high school and started in an auto body shop restoring antique cars and muscle cars and worked my way up through the years,” said Richardson. “I got my High School Equivalency; only took some special training classes in this, but no college.”

“I got interested in aviation through my grade school janitor who was an aviation enthusiast; he flew airplanes and ultralights too. And he got me involved in aviation,” Richardson continued.

“My first ride in anything that flew was an ultralight,” Richardson said. Richardson has his own ultralight stored out in a hangar at the airport.

“Flying an ultralight is the only thing that does not require a pilot license, and is safe. You just need to make sure that you keep it maintained and make repairs as required,” said Richardson.

If anyone is interested in learning how to fly the airport has four flight instructors.