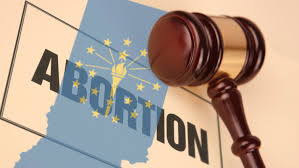 (INDIANAPOLIS) – The number of abortions performed in Indiana fell by about 5% last year, according to a new state health department report.

The annual report shows that the number of abortions in Indiana fell by 400 to 7,637 during 2019. That decline came following two years of increases from the 7,280 abortions recorded in 2016 after several years of declines.

Indiana’s Republican-dominated Legislature has adopted laws giving the state some of the most restrictive abortion regulations in the country.

But a federal judge last year blocked a new law that would have banned a second-trimester abortion procedure that the legislation called “dismemberment abortion.”

he U.S. Supreme Court ruled last year against the state’s ban on abortion based on gender, race, or disability. The court, however, upheld a portion of the 2016 law signed by then-Gov. Mike Pence requiring burial or cremation of fetal remains after an abortion.

Mike Fichter, president of the anti-abortion group Indiana Right to Life, said he didn’t have a reason for last year’s state abortion decline but was encouraged by the drop.