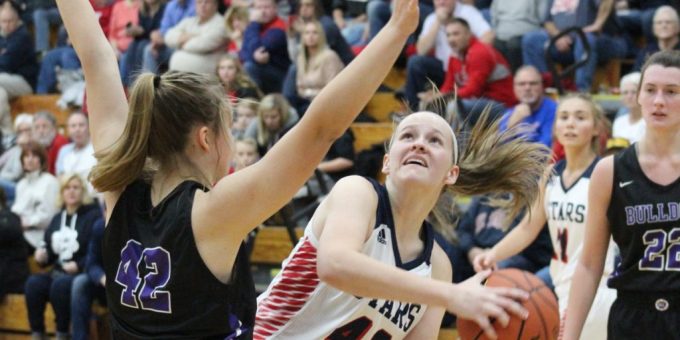 BEDFORD – Haley Deckard, a key contributor for the volleyball and girls basketball programs, has been named Bedford North Lawrence’s female Athlete of the Year by the WBIW.com website.

During the 2019 volleyball campaign, Deckard was named to the Honorable Mention squad by the Hoosier Hills Conference coaches as she led the Stars in digs (259) and blocks (55) while also totaling 159 kills.

In basketball, she played a significant role off the bench as the Stars went 21-6 and won a Class 4A regional championship. She averaged 3.5 points and 2.5 rebounds, and she had huge moments against No.4 Brownsburg (6-of-6 from the field en route to 13 points) and East Central (two 3-pointers in the regional championship).

Spring sports were cancelled by the IHSAA during the coronavirus epidemic.

WBIW.com will also name the male Athlete of the Year and list the top 10 stories of the 2019-20 school season.