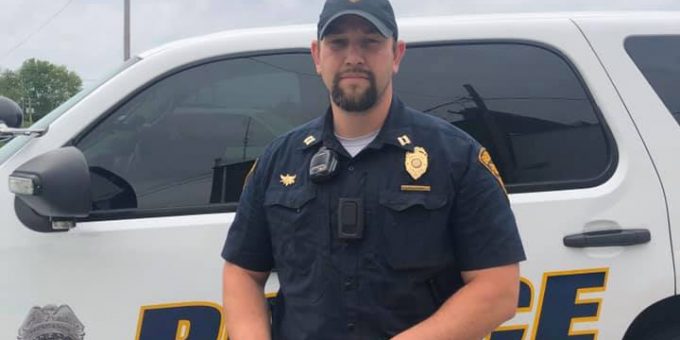 (BEDFORD) – Bedford Police Captain Jesse Crane is the April Officer of the Month.

“With the help of his fellow officers, they prevented these individuals from causing more harm to the victims of these crimes,” said Chief Moore.