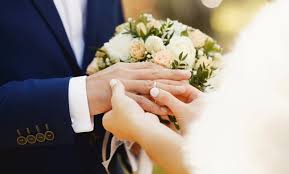 The minimum age was raised from 15 to 16 and provides that those who are 16 or 17-years-old may only marry if their intended spouse isn’t more than four years older than them, they get an order from a juvenile court allowing them to marry, complete all premarital counseling required by the order, apply for a marriage license “not sooner than” 15 days after the order, and include a certified copy of the order with their application for a marriage license.

The law also requires juvenile courts that issue an order to allow anyone at least 16 years old to be married must then also issue an order that fully emancipates them. The legislation also repeals provisions to require individuals younger than 18 to obtain permission from their parent or legal guardian.

In cases of emancipation, the law requires courts must provide a “guardian at litem” for minors, who will investigate the statements in the child’s file and file a report with the court. A court may provide emancipation only if it is in the child’s best interest.

If a child is emancipated, they have all the rights and responsibilities of an adult but are still subject to laws concerning the minimum age for marriage and other requirements based on the child’s age.