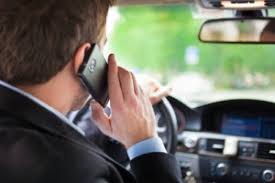 Tom Davies, of the Associated Press reports, the Indiana House voted 81-11 and the Senate 49-1 in favor of the bill allowing cellphone use by drivers only with hands-free or voice-operated technology, except in emergencies.

The measure would broaden the state’s current ban on texting while driving that officials point out is unenforceable and doesn’t ban actions such as emailing or using Snapchat, Twitter, and other apps.

The new law would take effect in July, but any tickets issued to violators won’t result in the Bureau of Motor Vehicles points toward a driver’s license suspension until July 2021.

Republican Rep. Holli Sullivan of Evansville, the bill’s sponsor, said that delay is to allow more time for a public awareness campaign about the dangers of distracted driving, especially in highway work zones, and for police officers to give warning tickets and inform drivers about the cellphone ban.

Distracted driving was to blame in at least 860 injury crashes and 48 fatalities in Indiana last year, according to state police.

Legislative committees heard emotional testimony from several people who had been injured or lost family members in crashes caused by distracted driving. They were joined by representatives of the trucking industry, automakers and emergency room doctors.

The proposal now goes to Republican Gov. Eric Holcomb, who has endorsed it. Twenty-one other states already have similar bans.

Rep. Mara Candelaria Reardon, a Munster Democrat, said while it might be difficult for police to enforce the ban, it sends a message similar to when laws were adopted requiring seat belt use.

“Here we are, everybody gets in the car and puts their seat belt on automatically,” Reardon said.

The bill would make violations a ticketed infraction with a maximum $500 fine.