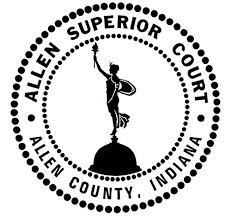 A vacancy on the Allen Superior Court will occur in June 2020 when Judge Nancy Eshcoff Boyer retires from her position in the Civil Division.

Commission Chairperson and Indiana Supreme Court Justice Steve David announced applications for the position are available online at courts.in.gov/5562.htm and must be submitted through the Indiana Courts Portal by Tuesday, March 10 at 4:30 p.m. (EDT).

The Commission was established by the Indiana General Assembly in 1983. According to Indiana law IC 33-33-2-32 to 33-33-2-45, the Commission is required to submit to the Governor “the three most highly qualified candidates from among all those eligible” for the appointment when a vacancy arises. The current Commission consists of: