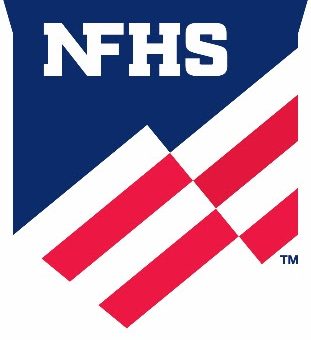 (INDIANAPOLIS) – Revised rules for roster submissions and penalties assessed to the team bench are among the most prominent high school volleyball rules changes for the upcoming 2020-21 season.

At its annual meeting on January 5-7 in downtown Indianapolis, the National Federation of State High School Associations (NFHS) Volleyball Rules Committee recommended six rules changes that were subsequently approved by the NFHS Board of Directors.

“High school volleyball is in a great place, which is reflected in the small number of both rules proposals and rules changes this year,” said Lindsey Atkinson, NFHS director of sports and liaison to the Volleyball Rules Committee. “The NFHS Volleyball Rules Committee continues to be dedicated to finding ways to improve the administration of the game as is evident in the changes made for the 2020-21 volleyball season.”

The first notable change pertains to the consequences for late roster submissions and changes made to the roster after 10 minutes remain on the pregame clock (Rules 7-1-1, 9-9-1).

Previously, a team’s failure to submit an accurate roster to the second referee at the prematch conference warranted a loss of rally/point under Rule 7-1-1 and 7-1-1 PENALTIES. However, since the prematch conference happens well before the 10-minute mark during warmups, the requirement for total accuracy of the roster at that time has been removed, and the corresponding charge has been reduced to an unnecessary delay (administrative yellow card). The penalty for a roster correction(s) made after the 10-minute mark remains a loss of rally/point.

This modification was also noted under Rule 9-9-1, which specifies unnecessary delay scenarios, and is now listed as Rule 9-9-1a.

“The 2019-20 rules change requiring coaches to submit their rosters during the prematch conference created an unintended consequence that potentially double penalized teams if they were both late with the submission of their roster and had to make a change with under 10 minutes,” Atkinson said. “The rule change to an unnecessary delay for late submission creates a penalty progression that is more appropriate.”

Administrative leniency for an unsporting conduct situation was addressed with the second major rule change.

Under Rule 12-2-6, a yellow or red unsporting conduct card assessed to the coaching staff or team bench rescinded the head coach’s right to stand inside the libero replacement zone and forced him or her to remain seated for the remainder of the match.

The amendment to the rule lessens the severity of a yellow card in this instance and allows it to function as a warning rather than an automatic retraction of privileges. Head coaches are still required to sit immediately if a red card or second yellow card is imposed for unsporting conduct.

“Overwhelming support came from both coaches and officials on the 2019 NFHS Volleyball Questionnaire for allowing the head coach to stand when issued a yellow card for unsporting conduct,” said Atkinson. “This change now provides the official with an opportunity to warn the head coach, when appropriate, before requiring them to stay seated for the remainder of the match.”

One further alteration was made regarding roster submissions. As part of the addendum to Rule 7-1-4, teams that list an incorrect libero number on a lineup provided during the timed interval or intermission between sets may now correct the clerical error before play begins with no penalty assessed.

A protective face mask similar to those worn in other sports is now permissible under Rule 4-1-4. Face masks must be made of hard material and must be molded to the face with no protrusions.

The final adjustment is a change to Official Signal No. 15, which now mandates that a substitution be represented with two short whistles by the official, followed by two shoulder-height rotations of the forearms around each other with closed hands.

A complete listing of the volleyball rules changes will be available on the NFHS website at www.nfhs.org. Click on “Activities & Sports” at the top of the home page and select “Volleyball.”

According to the 2018-19 NFHS High School Athletics Participation Survey, volleyball is the second-most popular sports for girls (trailing track and field) with 452,808 participants in 16,572 schools nationwide. In addition, there are 63,563 boys participating in the sport at 2,692 schools, and 25 states conduct state championships in boys volleyball.

About the National Federation of State High School Associations (NFHS)

The NFHS, based in Indianapolis, Indiana, is the national leadership organization for high school sports and performing arts activities. Since 1920, the NFHS has led the development of education-based interscholastic sports and performing arts activities that help students succeed in their lives. The NFHS sets direction for the future by building awareness and support, improving the participation experience, establishing consistent standards and rules for competition, and helping those who oversee high school sports and activities. The NFHS writes playing rules for 17 sports for boys and girls at the high school level. Through its 50 member state associations and the District of Columbia, the NFHS reaches more than 19,500 high schools and 12 million participants in high school activity programs, including more than 7.9 million in high school sports. As the recognized national authority on interscholastic activity programs, the NFHS conducts national meetings; sanctions interstate events; offers online publications and services for high school coaches and officials; sponsors professional organizations for high school coaches, officials, speech and debate coaches, and music adjudicators; serves as the national source for interscholastic coach training; and serves as a national information resource of interscholastic athletics and activities. For more information, visit the NFHS website at www.nfhs.org.