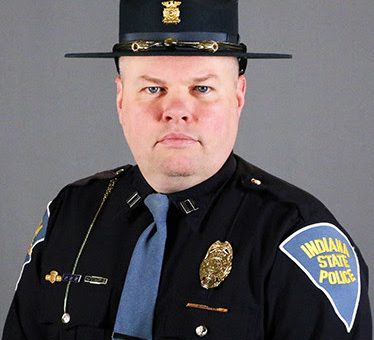 (INDIANAPOLIS) – The Superintendent of the Indiana State Police, Douglas G. Carter, has announced the promotion of Lieutenant Bryan Harper to the rank of Captain.

Harper, who is originally from Amboy, Indiana, is a 1989 graduate of Oak Hill High School. In 1995, he earned a Bachelor”s Degree in Political Science and in 2014 a Master’s Degree from Indiana State University.  On June 13, 1999, he graduated from the 57th Indiana State Police Recruit Academy and was appointed as a Trooper and assigned to the Indiana State Police Post at the Toll Road, where he served for seven years.

In 2015, Harper was promoted to the rank of Lieutenant, and he served as the Assistant Director of the Indiana Intelligence Fusion Center until this recent promotion.  During his career, Harper has served the Indiana State Police as a Field Training Officer.