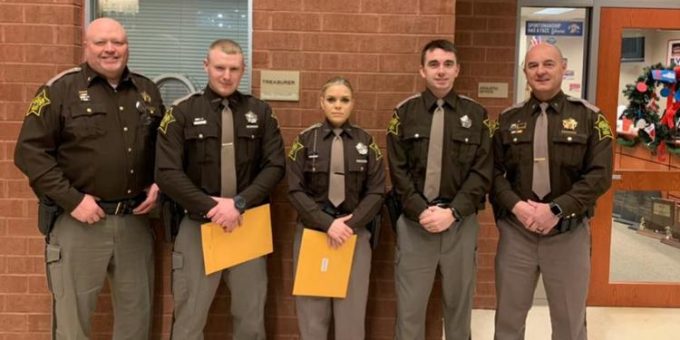 Those deputies are Joshua Rhoades, Whitney Daugherty, and Tyler Ogden.

The three graduated on December 27th after completing 15 weeks at the Indiana Law Enforcement Academy during a ceremony at Plainfield High School.

The academy consists of more than 600 hours of training in a variety of areas, such as criminal and traffic law, firearms, emergency vehicle operations, physical tactics, EMS awareness, and human behavior, according to the ILEA’s website.

Rhoades and Ogden have completed 12 to 14 weeks of additional field training with the Sheriff’s Department. According to Sheriff Mike Branham, Daugherty should be done by the end of January, he said.

None of the new officers are new faces at the department.

Rhoades served as a 911 dispatcher, court security and as a transport officer.

Ogden worked as a jail officer and Daugherty was a reserve officer.