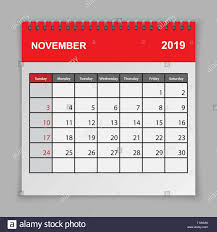 (UNDATED) – In November 2019, a Springville couple was arrested after beating their children with industrial size glue sticks, Sam Craig was elected the 24th mayor of Bedford, BNL placed Jorie Allen in her deserved place among the elite in school history, retiring her coveted 33 jersey number, and a Joint Service sign language teacher arrested on child molesting charges.

In November a Springville couple were arrested on violent felony charges of child neglect.

Indiana State Police began their investigation after the Indiana Department of Child service requested their assistance in a report of physical abuse of juveniles living in a home on Armstrong Station Road in Springville.

Interviews were conducted, then a search warrant was obtained and executed at the residence on Armstrong Station Road on November 1, 2019.

A Lawrence County Superior Court I probable cause affidavit indicates investigators were shown a videotape of Scott Blattert hitting one of the couple’s girls with a belt approximately 25 times is just one of the pieces of evidence obtained by investigators.

The girl appears to be facing Blattert as he delivered blows to the left side of her body from the shoulder down. The affidavit does not indicate who recorded the video.

According to the affidavit, the video also shows Scott Blattert punch the child in the face and push her to the ground. He then elbow strikes the back of the child’s head. Two toddlers can be seen entering the room and Cherry enters to try and remove them. The incident is believed to have taken place in September 2019.

Following Scott Blattert’s arrest, the eldest child, who is 15, was interviewed at a child advocacy center in Bloomington. She told investigators that her parents discipline the children with industria- grade glue sticks which are used in glue guns. She said the sticks were hidden on top of the fireplace mantle and when the family expected a visit from the Department of Child Services (DCS), the glue sticks were hidden in Scott and Cherry’s bedroom. Scott had determined after experimenting with wooden spoons and dowel rods that glue stick caused the most pain and left the least amount of markings.

The eldest child also said Scott and Cherry told the children that DCS works against religious people. The family recently moved from one home to another because a DCS worker lived nearby, the affidavit said.

Scott slammed the children against the wall because they were not behaving during “Cherry’s religious speech,” and he choked one of the children until she couldn’t breathe, the affidavit detailed.

Cherry reportedly would photograph the children’s injuries and markings with a camera she kept in the couple’s bedroom, where the children were not allowed to go, according to the affidavit. The only phone in the home was in the bedroom, as well.

One child kept a diary of the abuse and hid it inside her mattress, the affidavit said.

He posted a $5,000 cash bond and was released from the Lawrence County Jail on November 8, 2019. A no-contact order with his children was issued by Lawrence County Superior Court I Judge John Plummer III. The Court entered a not guilty plea on behalf of Blattert. He is scheduled for a jury trial on April 15, 220 at 8:30 a.m.

Cherry Blattert is facing a felony charge of neglect of a dependent resulting in bodily injury and a misdemeanor charge of domestic battery. She posted a $2,000 cash bond and was released from the Lawrence County Jail on November 26, 2019. The Court entered a not guilty plea on her behalf and her jury trial is set for May 6, 2020, at 8:30 a.m. Judge Plummer also issued a no-contact order with her children.

Craig took his campaign to the streets, canvassing neighborhoods right up to the General Election, going door to door meeting voters and listening to their concerns.

In November, during halftime of the county-rivalry clash with Mitchell, BNL placed Allen in her deserved place among the elite in school history, retiring her coveted 33 jersey number. She will be the second player in program history (Marla Inman’s No.10 has been encased for history) to receive that honor.

“It’s such an honor, with the history of BNL basketball, knowing no one will wear it again,” Allen said. “It was more than just a number. A lot of sweat and tears went into that. So I’m so honored.”

A Bloomington man was arrested on felony charges of child molesting.

His mother discovered this information when she walked into her son’s room and he was crying while speaking to close friends on FaceTime. The friends were disclosing their deepest secrets. He then disclosed the information to his mother.

Leonard appeared in Lawrence Superior Court I on November 27, 2019, for his initial hearing. The court entered a not guilty plea on behalf of Leonard. A jury trial is scheduled for May 6, 2020 at8:30 a.m.