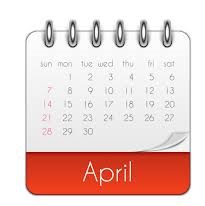 (BEDFORD) – In April, two women took the helm of the Bedford Housing Authority and the IU Police Department, a Brownstown man was shot by officers after he threatened them with a handgun and a Springville man was arrested on arson charges.

On April 1, 2019, a Springville man found himself behind bars facing arson charges after setting several fires in March.

Firefighters from several fire departments in Lawrence, Greene, and Monroe counties and from Crane joined forces to battle three structure fires and two wildfires all within a very short distance of one another.

Police arrested 28-year-old Sean M. Meadows of Springville on felony charges of arson resulting in injury, three counts of arson, burglary, two counts of torturing an animal and misdemeanor charges of criminal trespass, criminal mischief, and resisting arrest. Two dogs perished in one of the fires.

Meadows plead guilty in a negotiated plea deal to one felony count of arson and released on his own recognizance until his sentencing. He was sentenced on December 10th to supervised probation.

In April 2019 Bobbie Ames was named the new Executive Director of the Bedford Housing Authority.

One of her goals is to provide a safe and decent place for residents to live. The Housing Authority oversees operations at the Hauck House and Hamilton Courts Apartment complexes in Bedford.

The Hauck House is designed for those 55 and older and those with disabilities. Hamilton Courts are for those with low income. The Housing Authority also issues vouchers to help with rent.

One of Ames’ goals is to start working on improving the Hamilton Courts Complex, which was constructed in 1969 and is need of some upgrades. Ames says this will not happen overnight as it will take both money and time to address some of the issues.

Ames says housing is a significant concern in Bedford, with a growing homeless population, and the type of housing needs that exist locally. Ames added, there is plenty of two bedroom type of apartments, but the need now is one-bedroom apartments or 3 to 4 bedroom apartments. Ames says it will take a while to develop a plan and set goals. But, Ames is ready to meet the challenges.

She replaced Joe Klumpp who resigned.

Ames is a Bedford North Lawrence High School graduate and attended Oakland City College in Bedford. After college, she was hired with the Bedford Housing Authority, 21 years ago. Ames and her husband Jeff have two adult sons.

Jill Lees Sworn In As Chief Of Police Of Indiana University

In April, Jill Lees was officially sworn in as chief of police of the Indiana University Police Department.

Lees graduated from the IU Police Academy in 1994 and began her career at the Plainfield Police Department just a week after graduating from IU. Throughout her years in Plainfield, she worked in almost every area of the department, most recently as deputy chief of support, which includes the support services and criminal investigations branches. She has been deeply involved in her own leadership development as well as accreditation efforts at the department and at other police departments, where she conducted assessments for the Commission on Accreditation for Law Enforcement Agencies.

Rucker, of Brownstown, was pronounced dead shortly after arrival at Schneck Medical Center in Seymour, according to Indiana State Police Sgt. Stephen Wheeles.

Chief Hanner and Assistant Chief Kelly responded to a domestic situation shortly after 8 a.m. on Wednesday, April 3rd, outside the Brownstown Police Department at Poplar and Walnut streets and felt Rucker needed to be taken into custody, Sgt. Wheeles added.

“Evidence indicates that he resisted their attempts to take him under arrest,” Sgt. Wheeles added. “The officers tried to subdue Mr. Rucker with a stun gun, but that didn’t work. Mr. Rucker then pulled out a small handgun, and the officers opened fire.”

The two officers were not injured.

Jackson Circuit Court records show Rucker had a pending case on charges of domestic battery by means of a deadly weapon and intimidation with a deadly weapon.