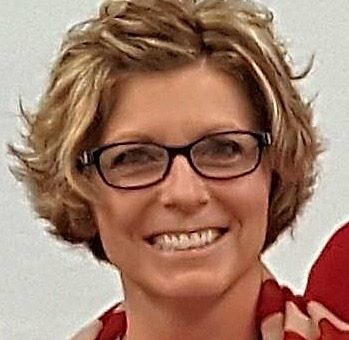 (BEDFORD) – Former Bedford North Lawrence star Amy Walker-Sundt will join the elite in girls basketball history when she is inducted into the Indiana Basketball Hall of Fame.

Walker-Sundt, a member of BNL’s 1991 state championship team and an Indiana All-Star, will be enshrined with the 11-member 2020 class on April 25 during a ceremony in Indianapolis.

Walker-Sundt certainly earned the honor. She averaged 15.2 points and 5.1 steals as a senior, teaming with talented teammates Carrie Mount and Marla (Inman) Eltrevoog (the 1992 Miss Basketball and a 2018 Hall inductee) to power Pete Pritchett’s Stars through an undefeated season to the state title. She was named the state finals MVP as BNL won its second championship.

Her Hall call came from former Seymour coach Donna Sullivan, who admitted she used to have nightmares on how to stop Walker-Sundt and the Stars. “I’ll never forget that woman,” Walker-Sundt said. “I have so much respect for her.

“My first thought was ‘Wow. Really?‘ It came at a good time to remind me of what it took to get to that point, the dedication, the discipline, the perseverance. I’m at a pivotal point in my life, deciding what to do, and this showed me I have this in me.”

Walker-Sundt and the Stars were also the 1990 state runner-up, and BNL’s overall record during her career was 78-2.

”As a high school player, it was teamwork,” Walker-Sundt said. “For us to come together as a team. I didn’t realize it was something so hard to do. But as you go through life, to get 12 girls together to achieve the same goals and encourage each other, it’s huge. That was a huge accomplishment.

”The more I think about it, the community support we had was just amazing. Our families, all the parents, taking us to all those practices and games, all the traveling we did. Without them, as I’ve learned as a parent now, I know what it takes.”

Walker-Sundt was also a college star at Indiana State. She totaled 1,333 career points and was the first player in ISU women’s history to tally a triple-double. She averaged 19.8 points per game as a senior, held eight records in scoring and assists, and led the Missouri Valley Conference in scoring in 1995.

Joining Walker-Sundt in the 2020 class:

“ What an honor to represent Bedford North Lawrence and be recognized for that,” Walker-Sundt said. “I never dreamed it was possible. I always looked up to the BNL girls basketball players when I was growing up. I wanted to make it to state like Kelly Fitzgerald. Our team did! Those are memories I will cherish forever.”