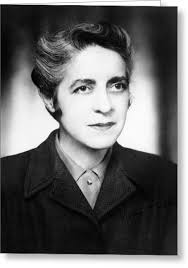 Dr. Phillips had established her credentials as a master teacher and scientist. She helped organize the founding of the Federation of American Scientists in 1945. She was the first woman to be president of the American Association of Physics Teachers in 1966. Last year, the American Physical Society gave her its Joseph Burton Forum Award for her education work and for being “a model of a principled scientist.

She was one of the first doctoral students of J. Robert Oppenheimer, who led the effort to build the first atomic bomb. In 1935, they published an explanation for the unexpected behavior of accelerated nuclei of “heavy hydrogen” atoms, which became known as the Oppenheimer-Phillips effect.

Jobs were scarce for academics during the Depression and scarcer for women working in science, so Dr. Phillips held a series of temporary jobs
before she landed her first permanent position at Brooklyn College in 1938.

During the McCarthy era, Dr. Phillips was teaching at Brooklyn College in
1952, with a part-time position at the Columbia University Radiation
Laboratory. The Senate Judiciary Committee’s internal security subcommittee, which was investigating some of her friends and colleagues,
summoned her to testify. She appeared but refused to answer the subcommittee’s questions.

After her 1952 firing and five years of unemployment, she wrote two
textbooks, “Principles of Physical Science” (1957), with Francis Bonner, and
“Classical Electricity and Magnetism” (1955), with W.K.H. Panofsky, which is still used in undergraduate and graduate physics classes. She also edited books on the history of physics. she became associate director of a teacher-
training institute at Washington University in St. Louis. She joined the
University of Chicago faculty in 1962 and worked there until her retirement 10 years later. Under her influence, the university began teaching physical science courses to non-science majors.

After retiring in 1972, she worked as a visiting professor at the State
University of New York, Stony Brook, until 1975 and at the Graduate
School of the University of Science and Technology, Chinese Academy of
Science, in Beijing in 1980.

Brooklyn College publicly apologized in 1987. Ten years later, the school
held a day-long symposium in her honor and established a scholarship in her name.

“She came to be a major figure in science education,” said Bonner, a
Manhattan Project scientist and professor emeritus of chemistry at the State University of New York, Stony Brook. “She was a stellar teacher. She was very soft-spoken. You had to listen carefully to hear her. She had a way of getting her audience spellbound. She was a wonderful teacher and a great source of stimulation.”

Born in Hazleton, Ind., she graduated from high school at age 16 and
received a bachelor’s degree in math from Oakland City College of Indiana
in 1926. She received a master’s degree in physics from Battle Creek College
of Michigan in 1928 and her doctorate in physics in 1933 at the University
of California at Berkeley.

Among her many honors, she was an elected fellow of the American Physical Society and the American Association for the Advancement of Science.

Dr. Phillips passed away in 2004. Ninety years after her graduation from
Oakland City College, Phillips will be commemorated on OCU campus through an Indiana state historical marker.

The dedication ceremony is set for 8:30 a.m. CST Friday, November 1, in front of the president’s home on Lucretia Street in Oakland City.