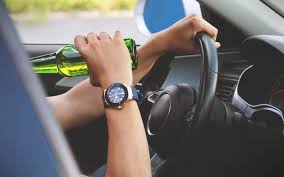 (UNDATED) – According to the National Highway Traffic Safety Administration (NHTSA), drunk driving deaths went down 13 percent in 2018 from 2017.

Every day, almost 30 people in the United States die in drunk-driving crashes — that’s one person every 48 minutes. These deaths have fallen by a third in the last three decades; however, drunk-driving crashes claim more than 10,000 lives per year. In 2010, the most recent year for which cost data is available, these deaths and damages contributed to a cost of $44 billion that year.

Area police departments and state police increased the amount of DUI checkpoints throughout the year, and they hope that helped those numbers drop. They also say the Indiana Criminal Justice Institute has given them more funding over the past two years to combat DUI offenses.

“They (drunk drivers) are actually paying more attention to what’s going on out there because the police are out there looking for them,” said Pam Kelshaw with Mothers Against Drunk Driving (MADD).

Kelshaw says MADD has been putting more DUI offenders in front of victims as part of their panel discussion sessions. This is court-ordered for offenders, and Kelshaw says it creates a perspective for people who drive drunk. Kelshaw lost her daughter Silina 17 years ago to a drunk driver, and she lost her nephew 5 years ago to a drugged driver.

Motorists can expect to see more OWI patrols in the near future. Area departments are about to get a new funding cycle this week with some of that money going to increased patrols, especially on football Sundays.